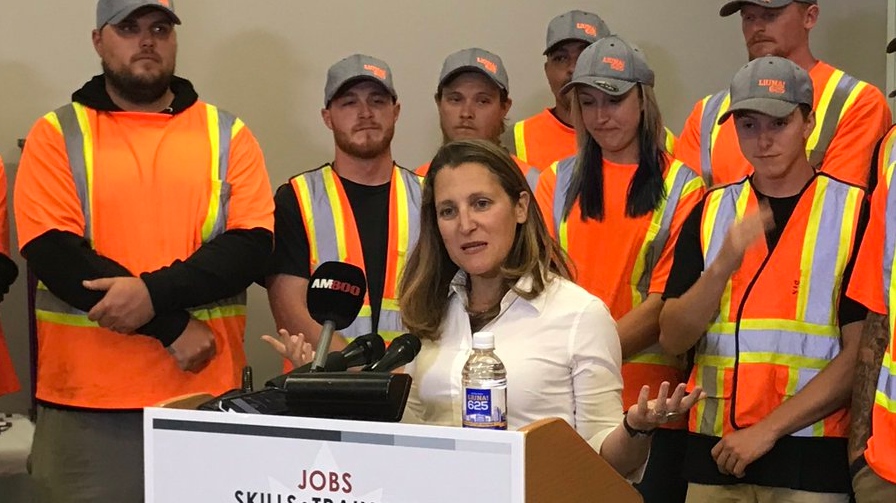 Foreign Affairs Minister Chrystia Freeland is urging Nemak to open discussions with its workers who have set up blockades at the Windsor plant for the last week.

Freeland made the comments Monday after meeting with members of Unifor Local 200, Local 444 and LiUNA Local 625.

Freeland said Nemak Canada has turned its back on Canadian workers.

She announced $213,000 for the local union to help train 990 apprentices in heavy construction.

“Everyone who graduates from this program will have a great job waiting for them, if they want it and that is a tremendous thing for them, their children, and their families,” said Freeland.

The money will be spent on the purchases of new equipment to train the students.

“Everything from bobcat excavators to scissor lifts,” said apprentice Priscilla Laporte.”I’ve learned how to build forms for walls, and pour concrete into them, most importantly I have learned how to do these all, not only skillfully, but safely. The training instructors here are committed to the students in a way that is immeasurable.”

Freeland also met with Windsor West Liberal candidate Sandra Pupatello as part of her whirlwind visit through the region Monday.