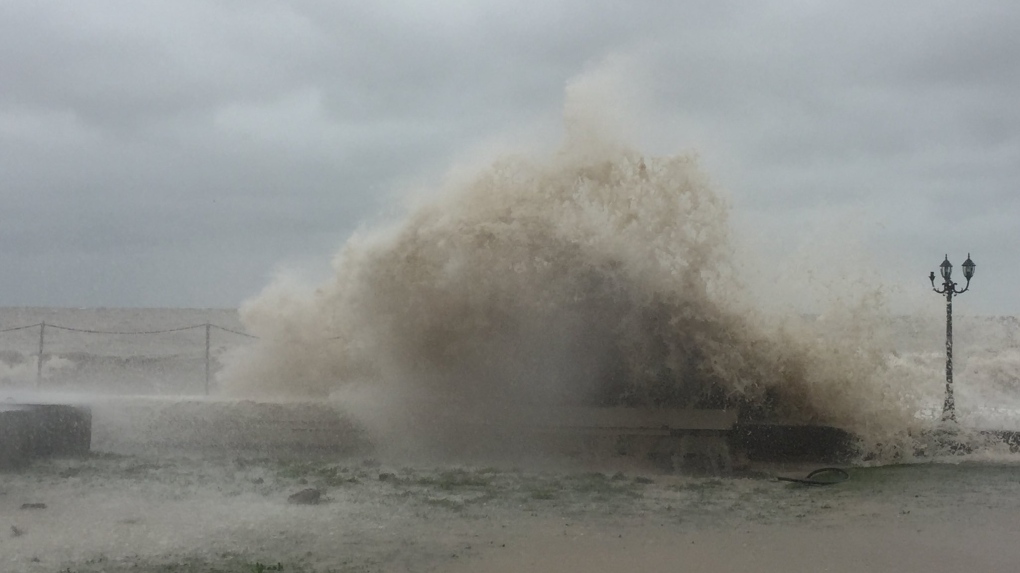 Flooding along the shores of Lake Erie on Cotterie Park. (Courtesy mommakirch/Twitter)

Water levels in Lake Erie, Lake St. Clair and the Detroit River continue to be high.

Officials say if weather forecasts predict sustained winds above 30 to 40 kilometres per hour for a duration of five hours or more, affected areas along the shoreline will be susceptible to erosion, splashing and spray.

There is also a possibility for flooding in all low lying shoreline areas, as strong winds can push the water ashore.

The Conservation Authority says shoreline structures exposed to direct wave attack may be susceptible to damage.

ERCA has extended the watch until Oct. 15.