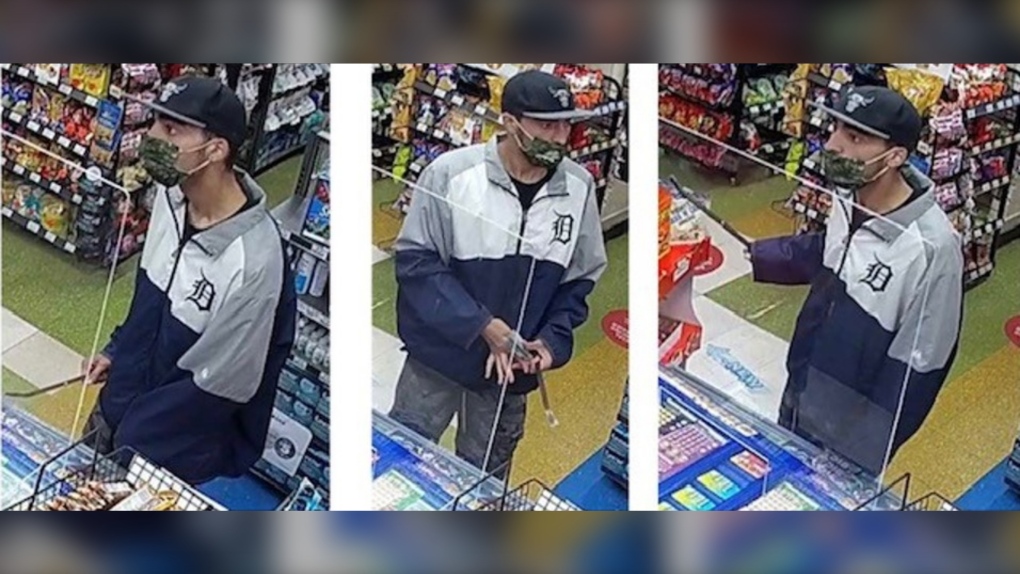 Robbery suspect at a store in the 3600 block of Matchette Road in Windsor, Ont. (Courtesy Windsor police)

WINDSOR, ONT. -- Windsor police are looking for a suspect after a robbery at a convenience store on Matchette Road.

Officers were called to the store in the 3600 block of Matchette Road for a report of a robbery on Thursday around 12:50 a.m.

Through investigation, police say they learned that a male suspect entered the store brandishing a crowbar and made a demand for money.

The suspect allegedly obtained a quantity of currency from the store keeper before fleeing the store prior to the arrival of police.

The suspect is described as male, approximately 6'0" to 6'2", skinny build, dark hair and dark short beard.

The suspect was wearing a black baseball hat with grey brim accompanied by a grey Chicago Bulls logo, a Detroit Tigers windbreaker style jacket, a black t-shirt, and a camouflage style shorts.

The Major Crime Unit is asking anyone in the 3600 block of Matchette Road with video surveillance to check their recordings for any possible evidence.