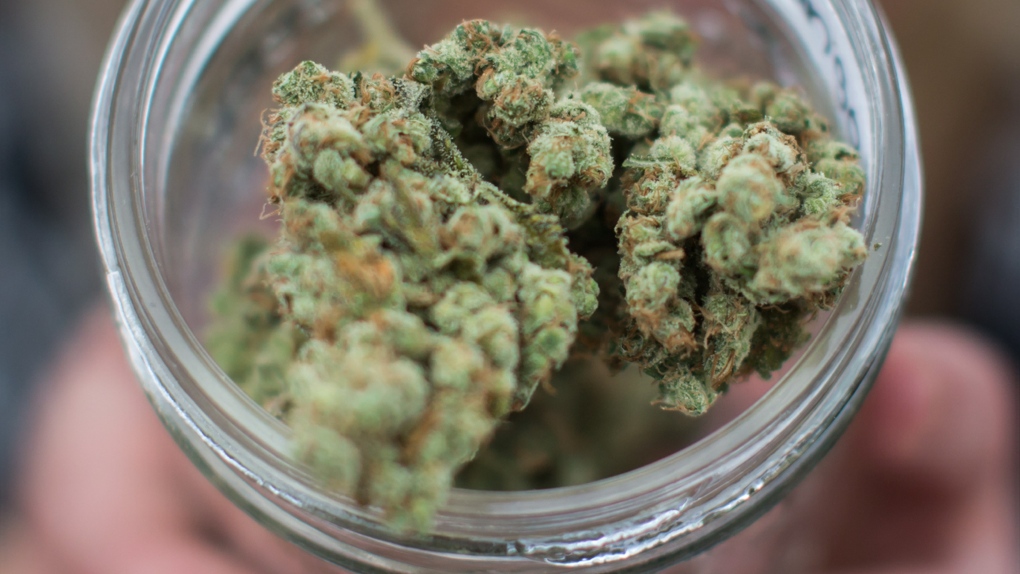 A vendor displays marijuana for sale during the 4-20 annual marijuana celebration, in Vancouver, B.C., on Friday April 20, 2018. The federal governnment's bill to legalize recreational cannabis is on its way back to the Senate. (THE CANADIAN PRESS/Darryl Dyck)

Ahead of the lottery for the next round of retail cannabis stores in Ontario, Amherstburg council is putting some extra "teeth" into the town's cannabis retail bylaws.

Council unanimously passed a "cannabis retail nuisance bylaw" Monday night, which includes standards and protocols for any store that opens in the future.

The town doesn't have any pot shops yet -- administration says it's just trying to get ahead of the game.

That’s because earlier this month the provincial government announced it would issue another 50 licenses to any community that's opted in. 11 of those will go to the west region and that includes Amherstburg.

“This is unchartered territory and you have an opportunity to address it,” Amherstburg CAO John Miceli told council Monday night. “We would be remised if we did not bring this forward as a concern of administration in a bylaw.”

“We’ve never had licensed marijuana retail outlets in the province of Ontario. All we’re doing is taking an approach of what we want in our town and what we’re suggesting is the responsible thing to do if you want to open up a retail cannabis facility in Amherstburg,” he said.

Issues like smell and loitering will be covered in the bylaw, as well as business hours, general liability insurance and the need to provide a traffic study to the town prior to setting up shop at any retail-zoned location in Amherstburg.

Council did, however, choose to do away with two staff recommendations calling for a site plan approval process and a proposed requirement for ‘sufficient parking’ on-site.

"The parking study, I think that's an impediment that is unduly restrictive, and it treats cannabis operations differently than other operations and I can't support that," said Coun. Donald McArthur.

Mayor Aldo DiCarlo says the town originally opted-in because they believe there are economic and tourism opportunities and they don’t believe these regulations will hamper Amherstburg's ability to attract a lottery winner to town to open up shop.

“We’ve shown that we’re all for opening and I guess it’s a question of finding someone who wants to do business here,” said DiCarlo.

Amherstburg Council is debating a #Cannabis Retail Nuisance Bylaw drafted by @Aburg_TownHall admin. The draft bylaw asks that should a store set up shop here, it meets a list of criteria shared in the photos below. @CTVWindsor pic.twitter.com/TAC6eeQGo6