One man in custody after brief standoff in Windsor 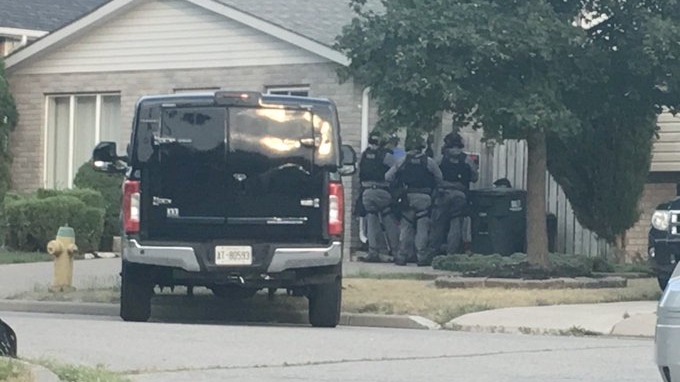 Windsor police made an arrest at a home on Lovric Road on August 15, 2019. ( Chris Campbell / CTV Windsor )

One man is in police custody after a standoff on Lovric Road near Grand Marais Road East in Windsor.

One man was placed under arrest around 7:30 p.m. after officers and the K9 unit moved in on the residence.

The man who owns the home tells CTV News the man who was arrested and his girlfriend were sleeping in a tent in his backyard for a couple of days after being kicked out of their apartment.

Few details are being released, but Windsor police say several charges are possible as part of a routine investigation.

Police also say there was no threat to public safety.

It was the second such arrest by Windsor police on Thursday.

Officers with guns drawn also arrested several suspects at a home in the 300 block of Josephine Avenue on Thursday afternoon.

Police are not saying whether the two incidents are connected.

More police activity in Windsor. This time on Lovric. Police are out with guns drawn... K9 on standby. @CTVWindsor pic.twitter.com/kfBk1xMEvz