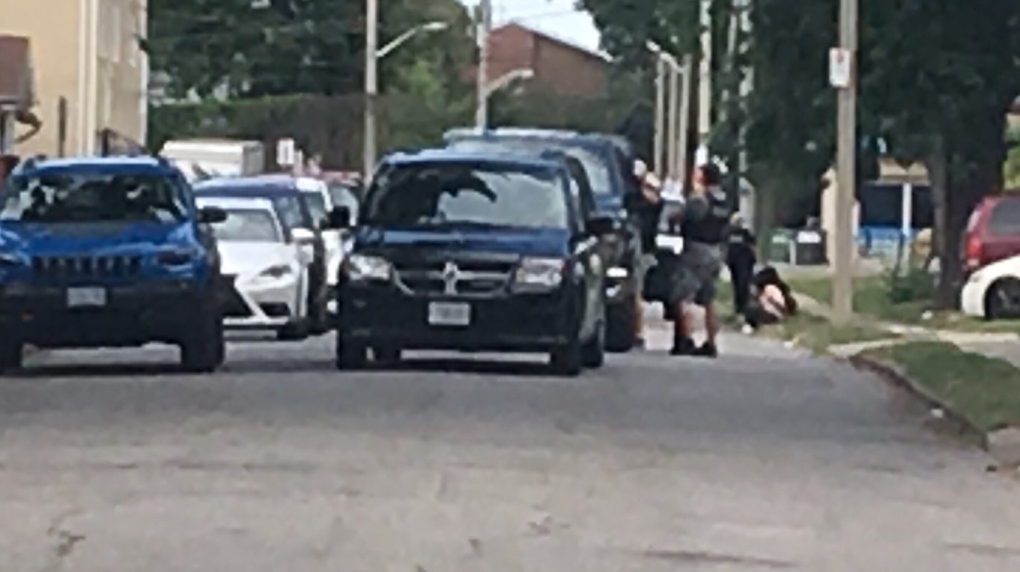 There is increased police presence in the 300 block of Josephine Avenue in Windsor, Ont., on Thursday, Aug. 15, 2019. (Chris Campbell / CTV Windsor)

Windsor police say an active investigation in west Windsor is no threat to public safety.

But few other details are being released about the arrests made at 365 Josephine Avenue.

It is the same home where an alleged stabbing occurred on July 29.

Guns were drawn and neighbours say several people were taken away in handcuffs around 2:30 p.m. Thursday afternoon.

One neighbour tells CTV News there was a brief standoff.

"They were saying get out of the house with your hands up and they said that three or four times and nobody came out," says Josh Singh. "Then they came with the dogs and went in the house and they ended up finding something but I don't know what was that."

There was also a heavy police presence at a home on Lovric Road near Grand Marais Road East around 5 p.m. Thursday.

A suspect was taken into custody without incident around 7:30 p.m.

Police are not saying whether the two incidents are connected.