No bail for accused in dog abuse case 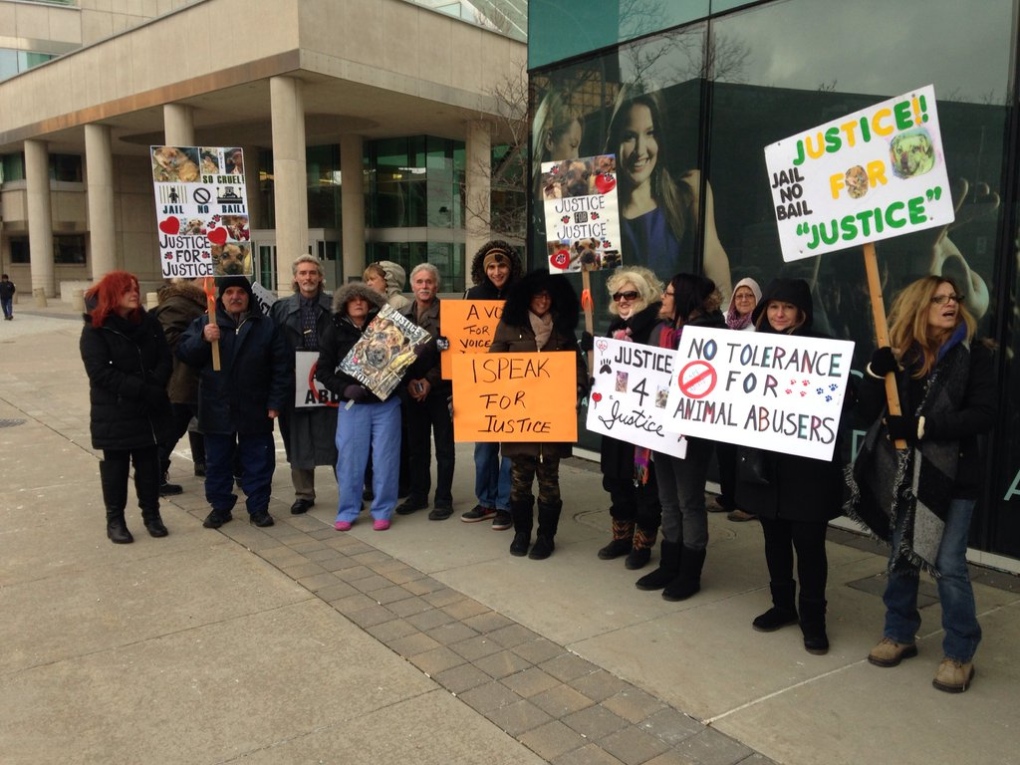 The man accused of animal abuse in the case of 'Justice' the dog has been denied bail after months behind bars.

Michael Hill, 32, is charged with willfully cause unnecessary pain/suffering or injury to an animal or bird.

He was arrested after a small dog, later named Justice, was found on Walker Road with its muzzle, neck and paws bound with electrical tape.

The decision prompted tears and applause from a group of animal activists at the courthouse seeking 'Justice for Justice.'

All evidence presented at the hearing remains under a publication ban.

Hill's first bail hearing was put over because the judge in the case recused himself - citing his affection for dogs.

Hill is next expected to appear in court on Jan. 25th.