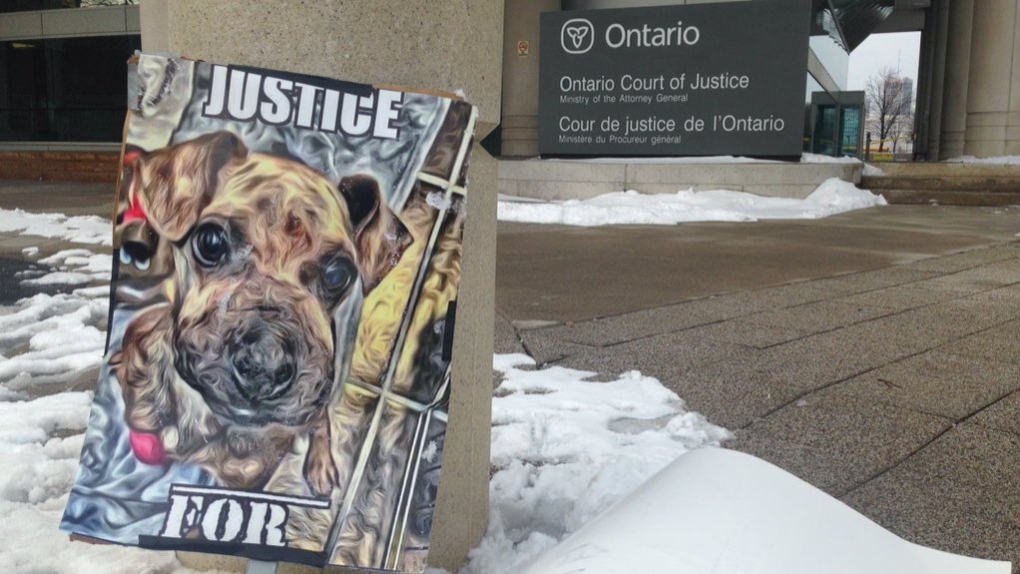 Protesters gathered outside court before the bail hearing of an accused dog abuser in Windsor, Ont., on Thursday, Jan. 14, 2015. (Rich Garton / CTV Windsor)

A decision on bail for an accused dog abuser is expected to be made on Monday.

Michael Hill, 32, of Amherstburg was arrested after he allegedly bound a dog with electrical tape.

Justice Elizabeth Neilson says she will review arguments in the case and make decision on bail hearing on Jan. 18.

The small dog, now named Justice, was found with his muzzle, neck and paws tightly bound with tape to the point where he was swollen and having trouble breathing.

He was discovered by a man walking his two huskies beside the Canadian Tire on Walker Road on Dec. 15 and was sent to the Windsor-Essex Humane Society for treatment.

Protesters returned to the outside of the Windsor courthouse on Thursday before Hill’s appearance.

Hill was not the owner of the dog, but has been charged with willfully causing unnecessary pain, suffering or injury to an animal.

His bail hearing in December was postponed and he has been in custody since then.