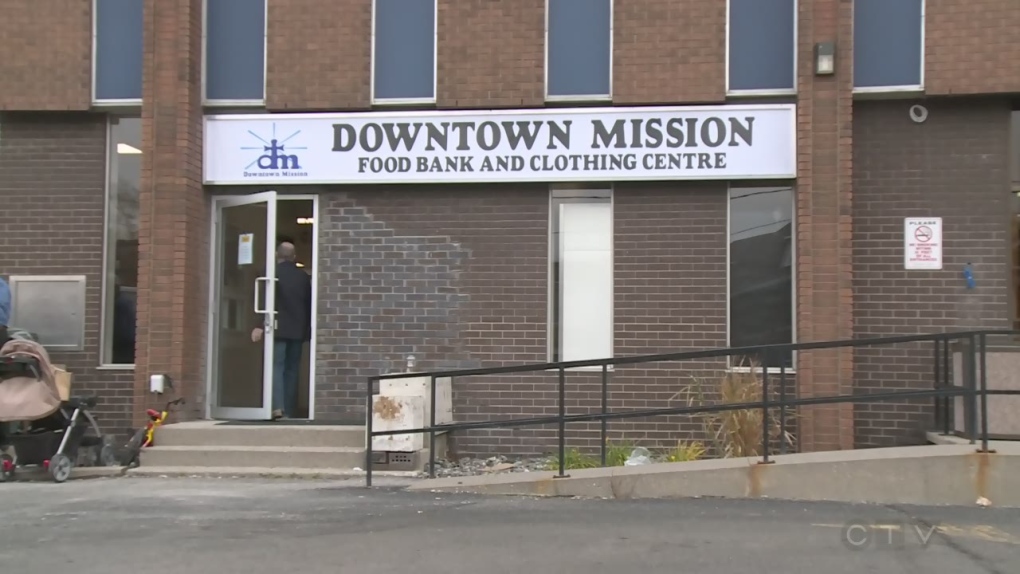 Officials at the Downtown Mission in Windsor call 2018 ‘a challenging year.’

The Downtown Mission has a budget of $4 million, but Dunn notes the 2018 budget was helped by a one-time donation of $1 million from philanthropist Alan Quesnel.

Dunn tells CTV Windsor the opioid crisis and mental health concerns in the community have created a large demand for service.

“Unfortunately the need is outpacing the donations,” says Dunn. “We are looking at all of our programming and what we need to do to ensure viability and moving forward into the library and what does that look like.”

The Downtown Mission is moving into 850 Ouellette Avenue, the current location for the central branch of Windsor Public Library.

The Mission purchased the building from the city for $3.6 million last year.

The organization takes possession of the 100,000 square foot building in June, and Dunn says renovations will start immediately.

The building will house its administration, food services, shelter and 30 transitional apartments.

Dunn hopes they can move into the new Ouellette location by June 2020.

The Downtown Mission has also started its “Building Hope” campaign to raise $9.1-million to help pay for the move and renovations.

“We are confident that the work we are intended to do will keep going,” adds Dunn.

The Downtown Mission also honoured more than 800 volunteers during its AGM on Wednesday.

Dunn says their efforts allow 84 cents of every dollar received to go towards their programs.

.@downtownmission Annual General Meeting is underway at @FogolarWindsor 12 volunteers are being recognized for their contributions to the organization. The mission currently has eight hundred volunteers. @CTVWindsor pic.twitter.com/7RgBLqPFmy