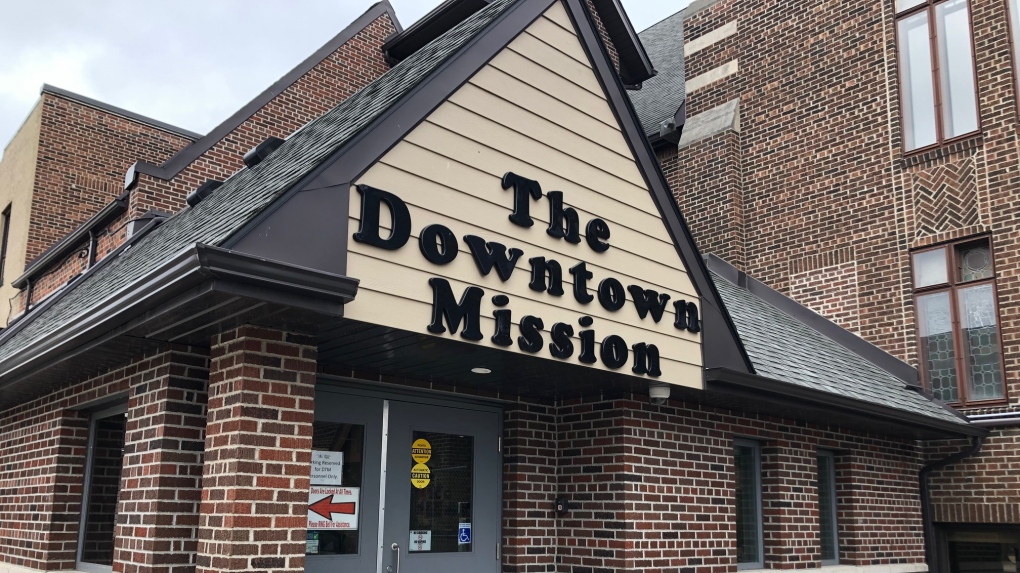 WINDSOR, ONT. -- Leadership at the Downtown Mission has signed a letter of understanding in order to reopen its facilities after receiving orders to close by the health unit due to a COVID-19 outbreak.

Downtown Mission executive director Ron Dunn said both he and the Mission’s board chair signed the letter last week, and that they are working “very closely” with the Windsor Essex County Health Unit.

The memorandum of understanding from WECHU outlines point by point orders to reopen the shelter on Victoria Avenue and 875 Ouellette.

Some of the orders include separated bunk beds, making sure staff and volunteers are properly equipped with PPE, a single entrance at both locations and for all visitors to wear face coverings.

“I am confident we should have some positive news before the end of the week,” Dunn said.

He remains hopeful by adopting the orders, the Downtown Mission should be able to open its shelters by the end of the month.

The Mission has been in a dispute with the city and the health unit over shelter arrangements amid a COVID-19 outbreak. On Monday, WECHU said there were approximately 97 cases linked to the Mission outbreak.

"We are working with the mission on their outbreak and isolation plan and we’re working with them to make sure all of the appropriate health and safety measures are in place," WECHU CEO Theresa Marentette says.

The City of Windsor says there have now been eight positive cases of the virus linked to the Downtown Mission’s temporary shelter at the former Windsor Public Library central branch (850 Ouellette Avenue) which “violated Windsor-Essex County Health Unit public recommendations.”

A COVID-19 case was also identified at the Salvation Army over the weekend. The city says all individuals impacted are isolating at the City of Windsor’s Isolation and Recovery Centre.

“The Coalition of community health and social service partners that came together to establish the Temporary Emergency Shelter at the Aquatic’s Centre is committed to supporting the Downtown Mission’s re-opening plan,” Andrew Teliszewsky, Office of the Mayor’s chief of staff, said. “As soon as the memorandum of agreement (MOU) between WECHU and the Mission is signed, steps can be taken to re-open the Mission’s regular operations.”

Teliszewsky said the city is committed to providing “safe and accessible emergency support” and no individuals have been turned away from the aquatic centre.

The WECHU issued the initial outbreak order (Section 29.2) for the Downtown Mission to restrict access to its shelter locations on Friday, Feb. 19. The order included keeping the Mission’s 664 and 875 Victoria Avenue locations closed, as well as prohibiting new admissions to the organization’s temporary location.