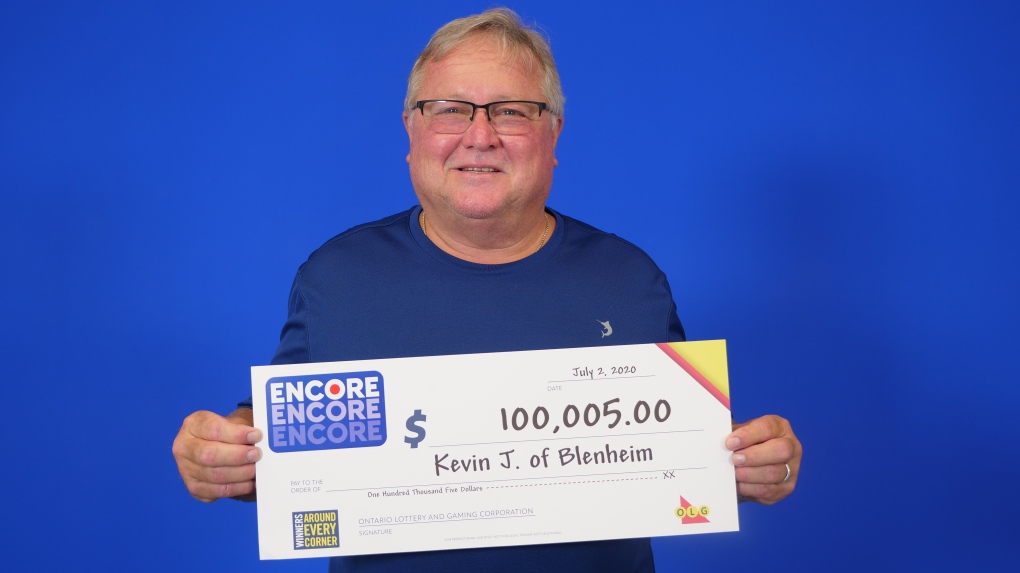 The 65-year old discovered his win at a retailer when he self-scanned his ticket and saw the Big Winner message.

“I was numb – I started to shake a bit. You always check your ticket but you never expect to win,” he said while at the OLG Prize Centre in Toronto to pick up his cheque. “I was on the phone in the store with OLG when my wife walked in as asked, ‘what are you doing on the phone?’”

The automotive industry retiree has no major plans for his winnings just yet.

“It wasn’t feeling real, so it’s hard to mentally spend money you don’t quite have yet. But this will give me a comfortable retirement,” he said.

Encore offers 22 ways to win and can be played in conjunction with most lottery games for an extra $1. There is an Encore draw every day.

The winning ticket was purchased at BNS Corner Gas on King Street in North Cobalt.