WINDSOR, ONT. -- Throughout the city, charity drop off bins remain closed due to COVID-19.

“We have basically asked people if they could hold off bringing their donations,” says David Leslie, president of St. Vincent De Paul Windsor Essex.

The charitable group's Lauzon location reopened on Thursday, but for the past two months, people were dropping off their used items when they shouldn’t have been.

“All of a sudden there’s three beat-up couches, an old mattress, a pile of junk. People were just giving us their garbage,” says Leslie.

St. Vincent De Paul had someone on-site full time, unloading all the bins, so the items wouldn’t build up over time.

They now have a full warehouse, with items waiting to hit store shelves. 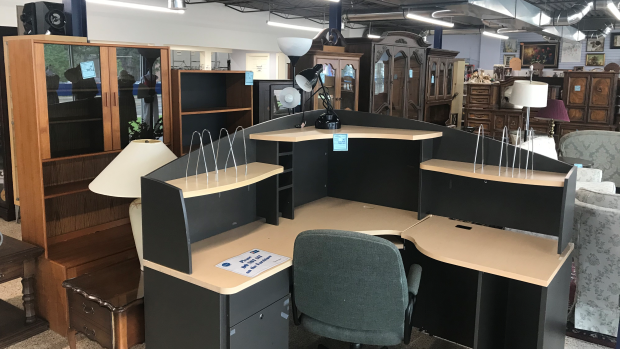 “We’re quarantining it in our warehouse for a while before we actually bring it here to be sorted,” says Leslie. St. Vincent De Paul is allowing no more than 15 people into the store at once time.

The group is asking the public to wait at least another week before dropping off their used goods.  But some aren’t getting the message.

Another charitable organization’s drop off location on Provincial Road is littered with clothes and furniture. 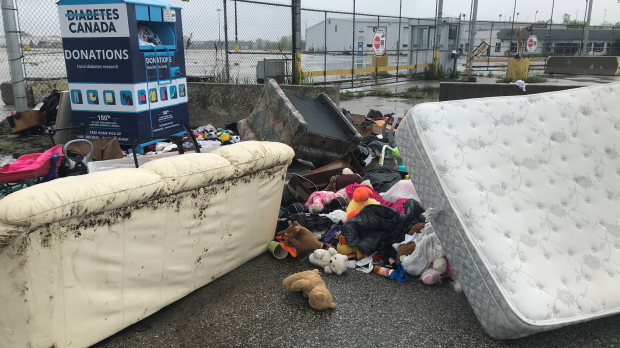 The responsibility to clean up it is up to the property owner, according to the City of Windsor.

“Even though they can tell these bins aren’t being collected they’re actually choosing to still deposit things there which is really unfortunate,” says Anne Marie Albidone, Management of Environment Services with the City of Windsor.

If people have things they would like to get rid of, the city’s public drop off is now open.

Or Habitat For Humanity will come pick it up themselves. The group is also still offering curbside pickup.

“We’re only picking up things that we can sterilize before we bring them in the store. So that’s going to be appliances and hard goods, right now,” says Executive Director Fiona Coughlin

The Habitat For Humanity Restore will resume operations Tuesday, but their drop off bay remains closed.