WINDSOR, ONT. -- A tattoo shop on Wyandotte Street is honouring veterans in a way that will never be forgotten.

Over the last little while, Border City Ink has been putting permanent poppies on people, with money raised going towards Adopt-a-Vet.

“When I first did this I was going to do it for $60 and we were going to give $10 proceeds towards a charity but then I figured most people aren’t going to get a poppy so,” said artist and air force veteran Troy Windibank.

“It wasn’t us that raised the money, it was the community and that’s what makes it more special for us veterans especially,” Windibank said.

“This was just awesome it was a really good initiative and it was great to see the community come out and support the way that they did,” said Adopt-a-Vet founder Brad Krewench.

He says his non-profit organization started in 2016 as a way to keep “spirits bright” for veterans living in long-term care. 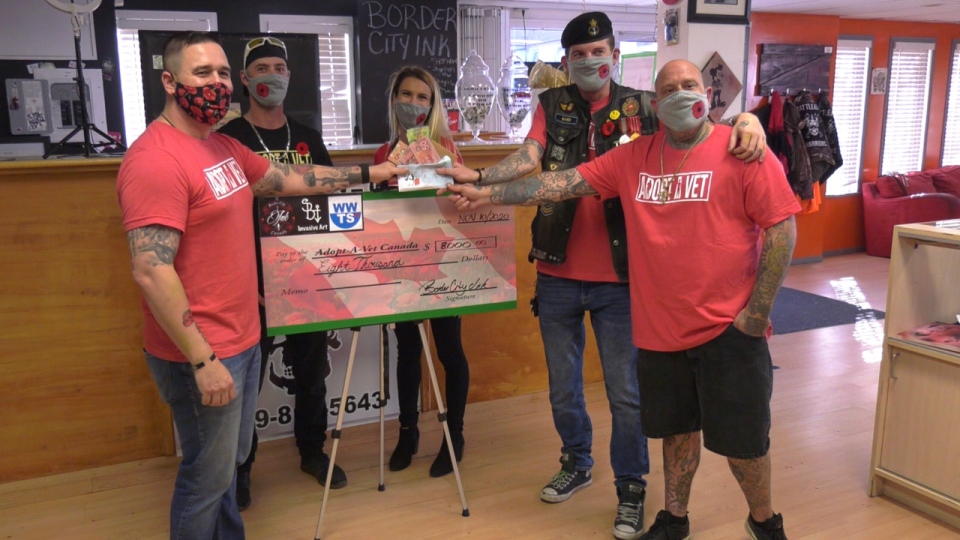 “I was going to get my grandmother out of a nursing home and realized that there was a bunch of people sitting around didn’t have any friends or family and many of them were veterans,” Krewench said.

Veterans, like Frank Dumouchelle, who served three years in the Canadian Army during the Second World War.

“It helps to settles my nerves and to have somebody to talk to,” Dumouchelle said.

He says having company from Adopt-a-Vet means more than words can explain, and commends those who get the poppy tattoo.

“Well if the guy is really going to do it, I’ll be happy like everybody else will be,” Dumouchelle said.

Krewench got the poppy tattoo that rounded out Tuesday’s donation.

“We want to make sure that their memories live on long after they’re gone,” he said.