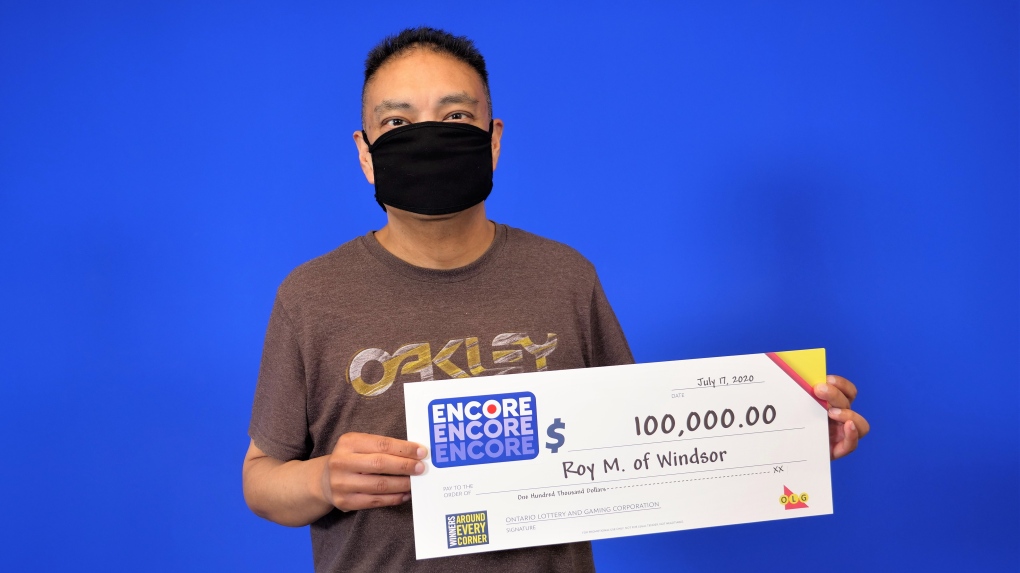 Macatangay scanned his ticket on the OLG Lottery App while on his lunch break and couldn’t believe his eyes.

“When I saw the Big Winner message and the prize amount, I couldn’t believe it,” he shared, while at the OLG Prize Centre in Toronto to pick up his cheque. “I checked it three more times to make sure it wasn’t a fluke.”

Macatangay said he kept his big win a secret for a month before sharing the news with his aunt and uncle.

“They couldn’t believe it either – but they were happy and excited when I showed them the message on the app,” he said.

Macatangay said he’s planning to buy a new car and will be looking for a new place to live.

“It’s been really exciting,” he said. “These past two weeks I’ve been starting to tell more family and close friends about it. They’re excited for me.”

The winning ticket was purchased at Mac’s on Lauzon Road in Windsor.