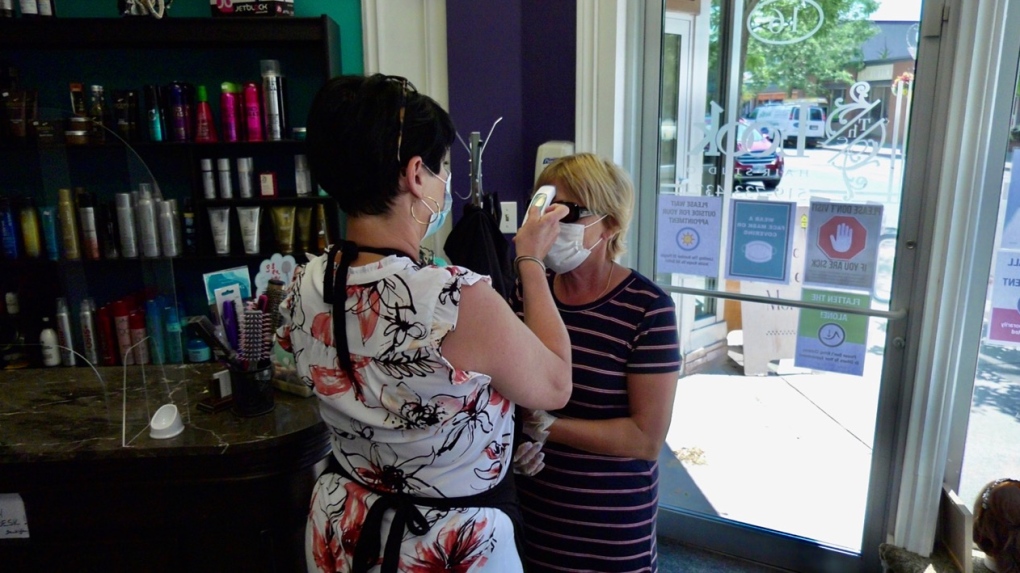 Clients welcomed back at the The Look Hair Studio in Kingsville, Ont., on Tuesday, July 7, 2020. (Chris Campbell / CTV Windsor)

Premier Doug Ford is expected make the final decision Wednesday about whether Ontario can move into the next step of its Roadmap to Reopening framework on June 30, instead of the planned July 2, sources say.

“I think that it is something that is possible in our region given what we are seeing in our community,” Dr. Wajid Ahmed said.

WECHU reported five new cases on Wednesday and there are only 54 active cases in the region with no active outbreaks for the first time in eight months.

Ahmed did note, that it is important to look at what is happening in other communities across the province.

“Every community is connected with one another,” he said. “Knowing that the threat of the Delta variant is still a risk in the province, but given what we are seeing I think we will be okay but that’s not something that I can control.”

Ahmed said he has expressed his thoughts to the province that the region is ready to loosen some restrictions and hopes at the right time the province will consider them.

“I have already expressed my opinion about whether we are ready, and I think we are, but we’ll have to wait for the provincial announcement," he said.

The premier was asked about moving up the reopening process on Wednesday at a separate announcement in Toronto, as Ontario’s vaccination rates have already met the target for Step 3 and COVID-19 cases have been trending downward.

“We’re working to get to Stage 2 as quickly as possible and Step 3, as soon as it’s safe, after that,” Ford said.

If Premier Ford decides to bump up Step 2 it would mean the following changes come June 30:

- With files from CTV Toronto's Colin D'Mello and Phil Tsekouras