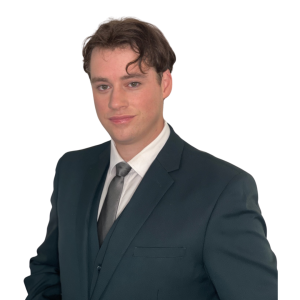 Travis Fortnum is a Multi-Skilled Journalist with CTV News Windsor, having joined the team in August 2022.

He moved into his new role from a video-journalist position he previously held on the East Coast. There, he spent the first two-and-a-half years of the COVID-19 pandemic – covering the impact of the virus, most notably the economic difficulties brought on by the halting of cruise travel into the Bay of Fundy.

He also reported on many occasions from the Canada/U.S. border in southern New Brunswick, through the closing and conditional reopening of the border and the impact this had on cross-border families and businesses on either side.

He specializes in stories on municipal politics, crime, court proceedings and social media.

An honours graduate from Durham College’s Journalism program, Travis got his industry start in Canada’s largest local newsroom – as an intern with CTV Toronto.

He was later hired as an assignment editor for the newscast – eventually branching out to work as a writer, as well as working in both roles at the newscast’s sister station CP24 before moving away to start his broadcast reporting career.

Livakovic once again up to the task, denying a glorious Neymar chance
_

'He's there again, the one man Croatian wall!': Livakovic shuts down Brazil again
_

Livakovic denies Neymar in tight from a threatening spot
_