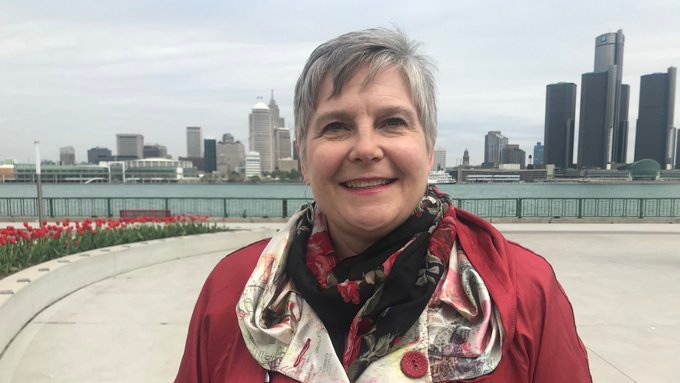 Melinda Munro has announced her intention to seek the Liberal nomination in Windsor West in Windsor, Ont., on Friday, May 17, 2019. (Rich Garton / CTV Windsor)

A business woman has announced her intent to seek the Liberal nomination in Windsor West.

Melinda Munro, the owner of Munro Strategic Perspective, made the announcement at Dieppe Gardens on Friday.

Her consulting firm specializes in government efficiency and effectiveness.

“I’m running to represent Windsor West because we are in a time of critical decision making for our community and our country,” says Munro. “Our largest trading partner is acting unpredictably and our most important local industries depend on trade across the US and international borders. We have to be represented in Ottawa by a skillful advocate who understands how to get things done.”

No nomination meeting has yet been called for the Liberal riding association.

New Democrat MP Brian Masse announced May 3 that he is also seeking his party nomination at a meeting scheduled for June 9 at the Hellenic Cultural Centre.

Rinku Shah and Henry Lau have also put their names forward for the Conservatives in the riding.

The Windsor-West Conservative nomination meeting will take place on June 9 at the Holiday Inn on Huron Church Road.