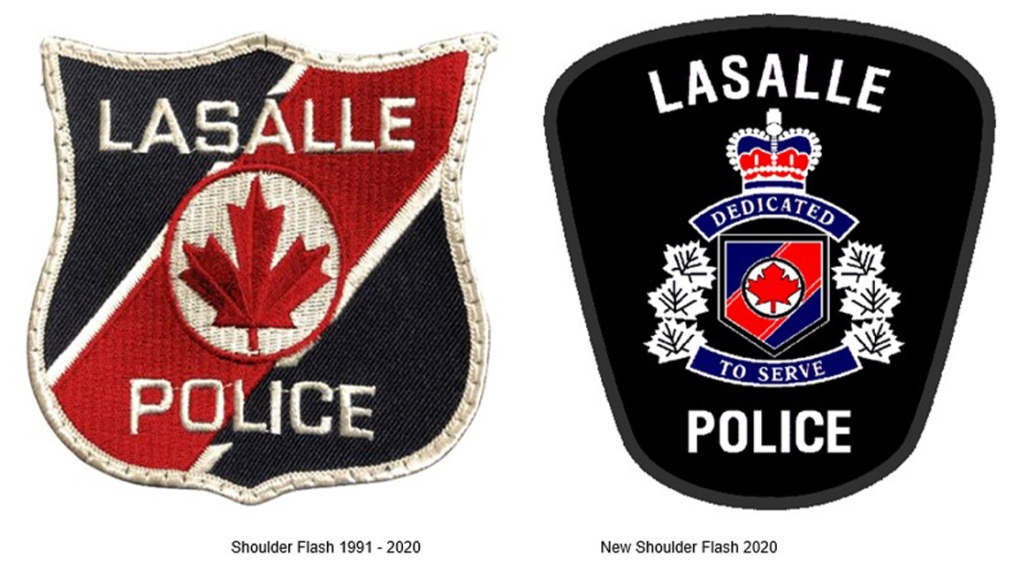 WINDSOR, ONT. -- LaSalle police officers will now be sporting a new logo on their uniforms.

LaSalle Police Service decided to refresh and modernize the “shoulder flash” officers wear on their uniforms.

The new patch keeps with some of the history and lineage of the force, incorporating a crown and shield surrounded by six maple leaves at the centre. The crown and shield design is the same as the hat badge officers have worn on their dress for several years, LaSalle Police Service says.

Officers have worn a “shoulder flash” on their uniforms since 1976. It was designed by retired Sandwich West Police constable Howard Duffy that police say was “sought out by many collectors.” When the Township of Sandwich West was incorporated as the Town of LaSalle in 1991 retired sergeant Dave Dean modified the patch to reflect the name change which officers had worn until this year.

The new logo was produced by Dean and deputy chief Kevin Beaudoin and also includes the new LaSalle police motto “Dedicated to Serve.”

Police say their new motto “captures the essence” of the service along with their commitment to the community.

The new flash will adorn the uniforms of officers starting this month.

Police say changing the flash is a “very proud moment” in the services 64-year history.