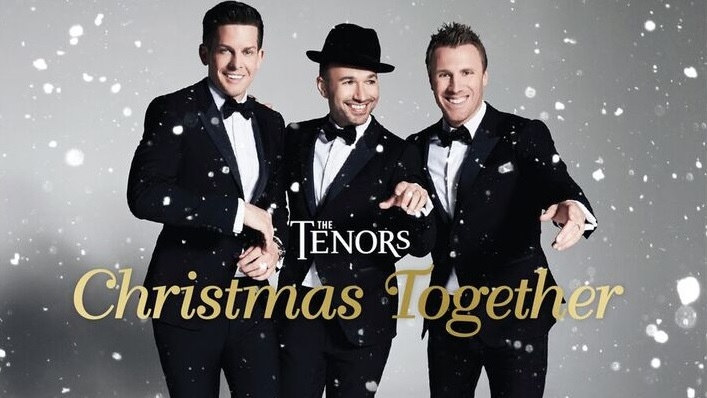 The Tenors album cover, "Christmas Together"

Most people get into the holiday spirit in December, but The Tenors are seasoned Christmas veterans.

With recording a second Christmas album in the summer and then embarking on a North American tour, they've come up with some ways to keep it fresh and stay in the holiday mood.

In fact, Victor Micallef, Clifton Murray and Fraser Walters had a special request during recording.

"As soon as we walked into the studio, we're like can you decorate the studio with Christmas trees and gold balls and tinsel, just to get into the Christmas spirit," says Micallef in a phone interview with CTV Windsor.

Their latest album "Christmas Together" was released Oct. 13 and debuted at No. 1 on the holiday pop charts in Canada.

The Canadian singers say the album is a bit more up-tempo and fun than their previous Christmas album.

"We really thought about creating an album that captures the magic and the feeling of being a child at Christmas time," says Murray.

The album includes classics such as I'll Be Home for Christmas and Have Yourself a Merry Little Christmas as well as their original When We are Together.

The Tenors will be making a stop at Caesars Windsor for an all-ages show on Saturday as part of their "Christmas Together" Tour.

"If you haven't been to the show before, you're in for a real treat," says Murray. "It's a full-on Christmas extravaganza, all the songs from our newest album Christmas Together."

Windsor is the last Canadian stop this year. In 2018, the group is planning more international travel and recording.

"So many people all calling and looking for that next big adventure," says Murray.