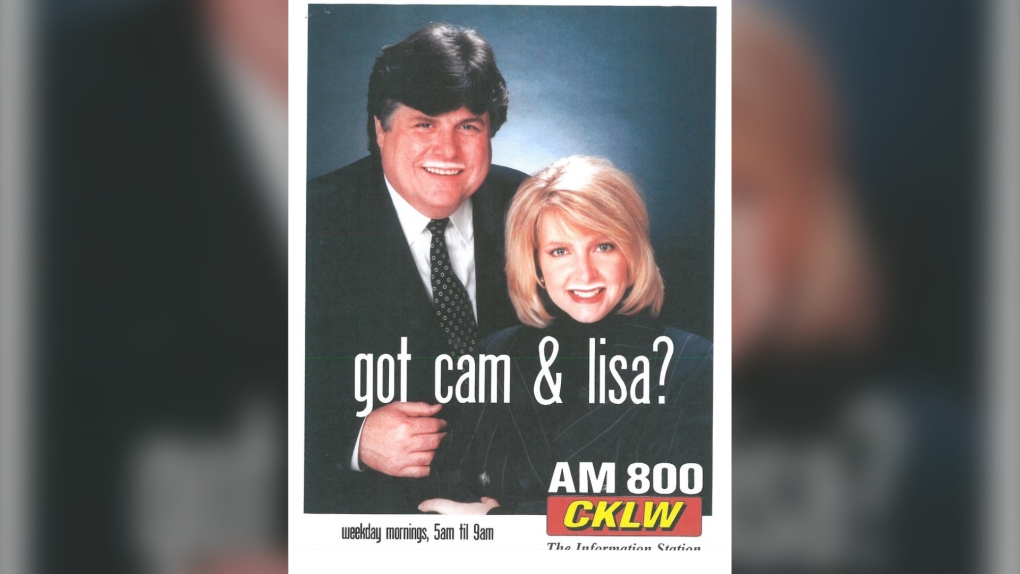 A legendary broadcaster, often referred to by many of his longtime listeners as "Mr. Windsor," has died.

Cam Gardiner co-hosted the "Cam and Lisa Show” on CKLW for more than 15 years.

Sad news, our friend and former @am800cklw host Cam Gardiner has passed away at the age of 71. He spent 16 as host of the Cam & Lisa Show and recently received the Key to the City from #Windsor Mayor @drewdilkens. #RIP #cklw #radio #media pic.twitter.com/Nurzb4uUCk

He left the show in 2003 for health reasons, but he was a radio fixture in the community for decades.

"What I remember most about Cam is his love for the city and the people of the city," former co-host Lisa Williams said. "And if I learned anything from Cam it was that in order to be successful on air, and with a radio show, you need to meet the people. You need to not only talk to people and your listeners on the radio, you need to meet them face to face.”

In addition to being a friendly voice on the radio, Gardiner was ‘the king’ of public appearances at community events.

“We were out in the community all the time, shaking hands and everybody knew Cam," Williams said. "He always had this legendary wave. Every photo he ever took, he’d put his hand up. Every time we’d go to a Canada Day parade, people would stand along each side of the road doing the whole Cam wave. He was great.”

Earlier this month, Windsor Mayor Drew Dilkens presented him with a key to the city to mark his lifetime of contributions to the community.

Since retiring from radio, Gardiner has battled several health issues, including kidney disease.

"Cam has been a part of so many people's lives in radio for so long," former co-host Lisa Williams said. "They grew up with him. They grew up turning the radio on every morning, hearing that voice, relying on him, knowing he was going to be there and it was a comfort for so many people. It's very sad knowing that he's not here anymore."

His former co-host of more than 15 years, Lisa Williams of @mikelisa800, shares what she'll remember most about the longtime radio icon.