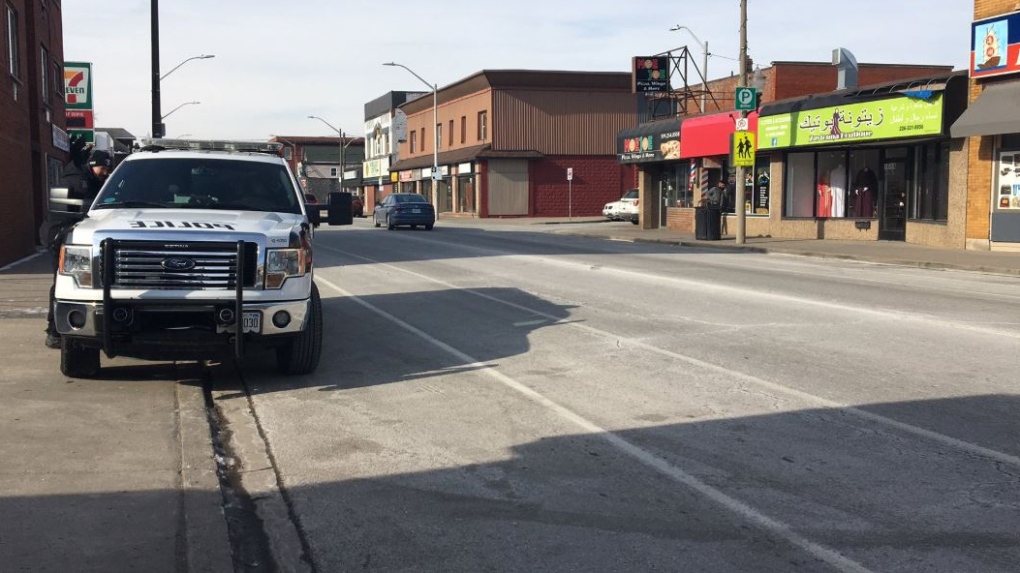 Location on Wyandotte Street where an elderly pedestrian was struck on Feb. 15, 2020. (Ricardo Veneza/CTV Windsor)

WINDSOR, ONT. -- A collision between a car and a pedestrian has resulted in moderate injuries for one person.

Windsor police say they received a call from EMS just before 10 a.m. Saturday.

An elderly woman was struck by a car at Wyandotte and Langlois.

Wyandotte Street East was closed off in both directions between Marion and Langlois but has since reopened.

No charges have been laid, however the investigation is ongoing.