Heart-wrenching pleas from family and a reward of up to $50,000 from Niagara police is being offered for information into the homicide investigation involving a Windsor woman in Fort Erie.

Police received a 911 call regarding a disturbance at a residence in the town involving possible shots being fired on January 19 at 4:17 a.m.

Upon arrival, police say they discovered the bodies of two deceased women, 20-year-old Juliana Pannunzio of Windsor and 18-year-old Christine Crooks of Toronto, inside the residence with obvious signs of trauma.

Police are sharing a video from their families, pleading for more information and closure. 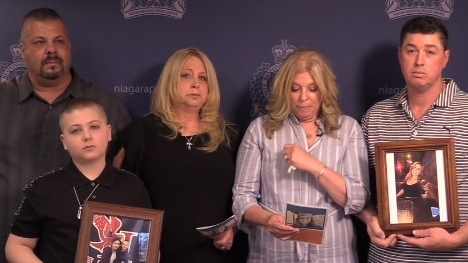 The family of Juliana Pannunzio, 20, of Windsor pleads for information into her death in Fort Erie. (Courtesy Niagara police)

“Our Juliana had a beautiful soul, she was taken from us four months ago,” said the Pannunzio family in the video.

The family is asking for anyone with information to come forward to help provide some closure.

“This is why we’re here today, begging someone to come forward and put an end to this part of this nightmare There are people out there who can help find her killers,” said the Pannunzio family.

The investigation has revealed that a group of individuals from outside the Niagara Region, including the two victims, went to a short-term rental accommodation for a planned gathering.

Police say Pannunzio and Crooks died at the scene from gunshot wounds and all other parties fled the residence prior to police arrival.

Niagara police are offering a reward for information leading to the arrest and conviction of the person or persons responsible for these murders. 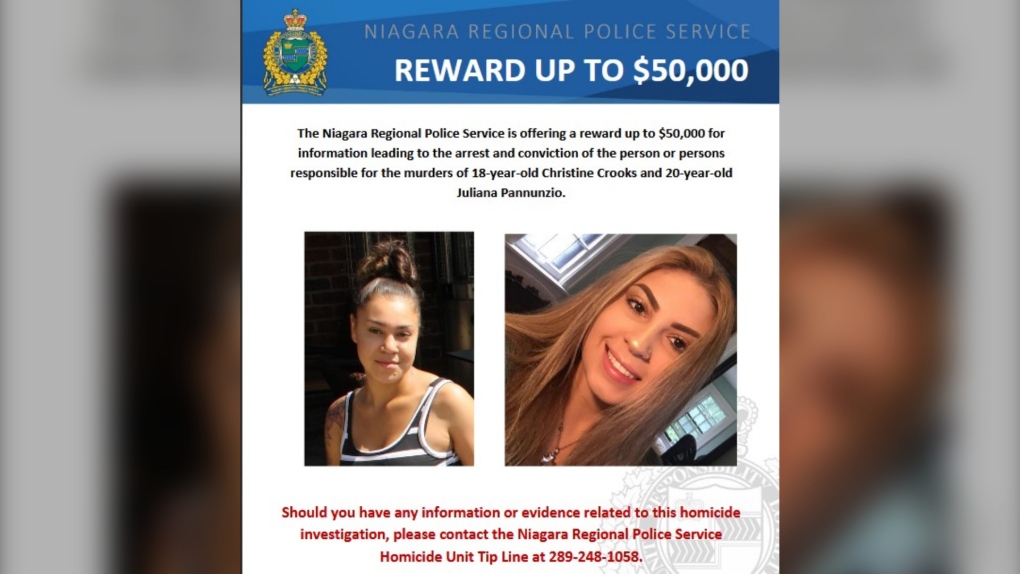 Reward poster for information into the deaths of 20-year-old Juliana Pannunzio of Windsor and 18-year-old Christine Crooks of Toronto. (Courtesy Niagara police)

Should you have any information or evidence related to this homicide investigation, contact the Niagara Regional Police Service Homicide Unit Tip Line at (289) 248-1058.