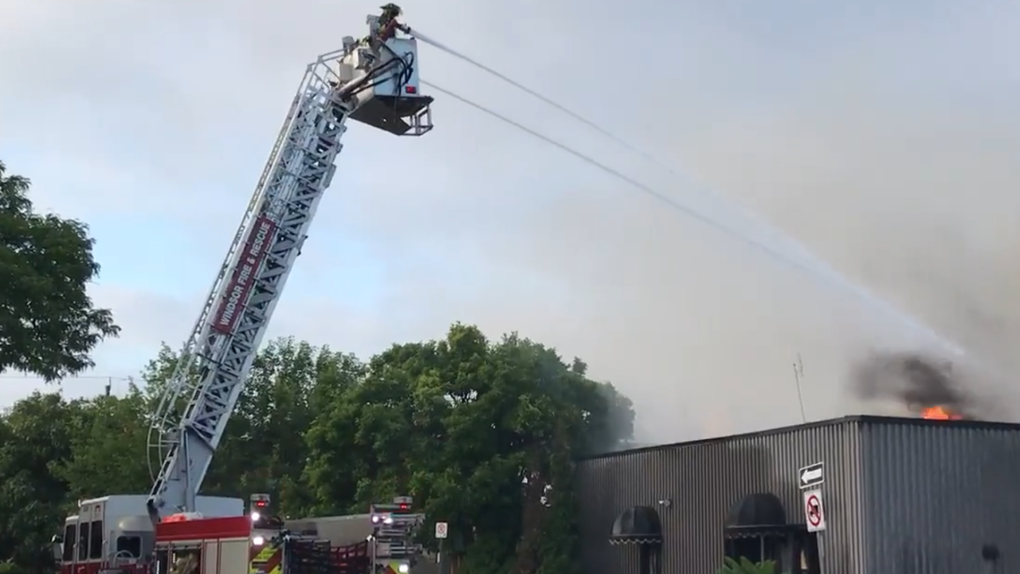 A multi-unit building on Glenngary Avenue has completely burned down after an early morning fire Thursday, officials say the blaze remains under investigation.

Firefighters arrived to heavy smoke at the residential building at 705 Glenngary Ave. near Tuscarora Street around 4:13 a.m.

Officials say fire crews went into defense mode as the fire was in the walls.

Drivers were asked to avoid the area with several road closures in place.

There were no injuries reported as a result of the fire, officials say.

.@WindsorFire1 continues to battle a blaze on Tuscarora. Appears to be a multi-unit building. #cklw @AM800News pic.twitter.com/aPBGGliTci

As PM suggests Hockey Canada could be replaced, which sponsors have pulled support?

Canadian businesses are able to pass on a new credit card surcharge to their customers starting today, although it remains to be seen how many merchants decide to adopt the new fee.

Even as the Kremlin moved to absorb parts of Ukraine in a sharp escalation of the conflict, the Russian military suffered new defeats that highlighted its deep problems on the battlefield and opened rifts at the top of the Russian government.

Where have Russians been fleeing to since mobilization began?

Russians have piled across the border to neighbouring states since President Vladimir Putin announced a partial mobilization on Sept. 21 for the war in Ukraine. A look at how many people have crossed and how countries are reacting.

Man charged with smuggling pythons in his pants at Canada-U.S. border

A New York City man has been charged with smuggling three Burmese pythons in his pants at a U.S-Canadian border crossing.