Unique properties on the market in Windsor-Essex and Chatham-Kent

Unique properties on the market in Windsor-Essex and Chatham-Kent

Want to own your own island on Lake Erie, a jailhouse in Chatham or an historic mansion in Walkerville?

There are several unique properties in Windsor-Essex and Chatham-Kent, just waiting to be sold to the right buyer.

CTV News Windsor reporter Chris Campbell is taking a look at these properties and how local realtors are trying to sell them.

Middle Sister Island is an 8.1-acre piece of land on Lake Erie.

“The island is ideal for the pro-fisherman, but is also close to Pelee Island,” says the listing.

It is one of only six in the region and is considered to be the 'most natural and undisturbed' of the islands. 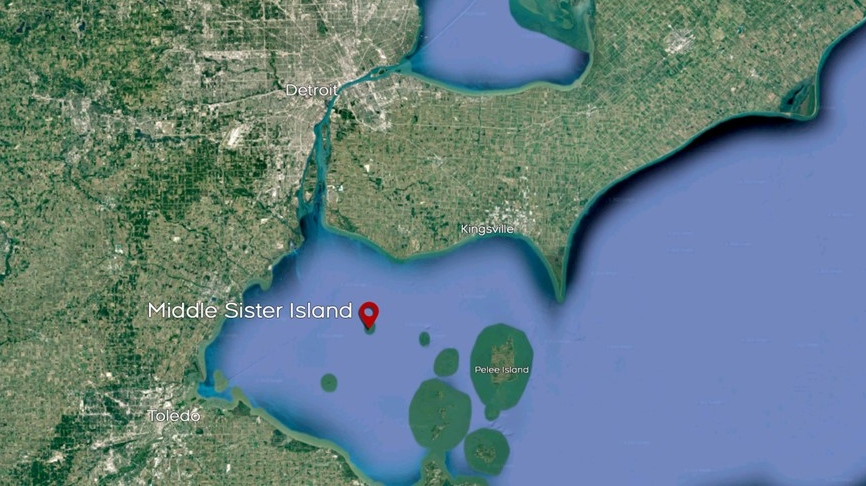 Todorovic tells CTV News the island was previously owned by Americans for many years, but that it’s currently under Canadian ownership, with a famous Canadian singer interested in purchasing it.

“I can't divulge the name as of yet but we're very close to putting this deal together. But if he buys it, this will be fantastic for our area and it will give us quite a bit of publicity,” he said.

Todorovic notes Middle Sister Island was the launching pad for the War of 1812 suggesting it’s one of the most southern and historic Canadian islands available to buy. 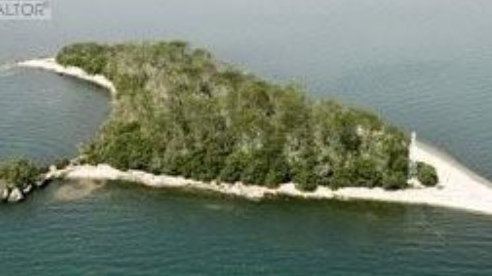 However, Todorovic believes the clock is ticking should the deal with the confidential potential buyer go through.

“They want to put a resort on there. They want to buy it for a personal party island and much more,” he explained. “As we all know Lake Erie, it's a shallow lake, it can be a little bit difficult to have any marinas or anything but could you cut into the island and make it an inlet possibly, but again, anything that needs to be done with the island needs ERCA approval.

It has been on Realtor.ca for about 11 months.

After years of restoration, the Low-Martin House in the heart of Walkerville is up for sale with an asking price of $3.4 million.

“This house is beautiful, there’s nothing like it in the city,” says Vern Myslichuk, who bought the house in 2012. “It’s a gem of gems and the day that I leave, it will be a sad one.” 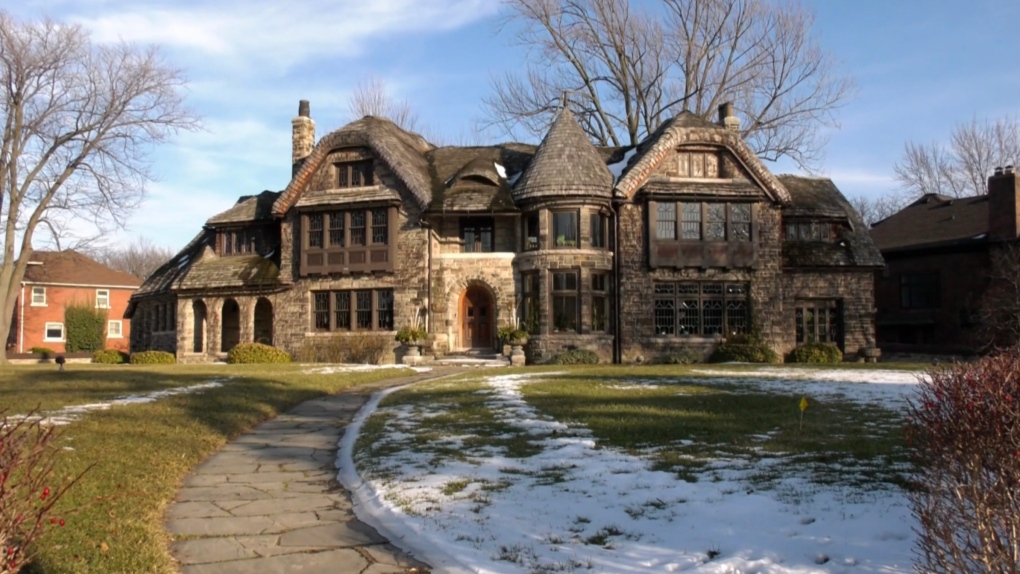 The Low-Martin House in the heart of Walkerville is up for sale with an asking price of $3.4 million in Windsor, Ont. on Thursday, Feb. 24, 2022. (Rich Garton/CTV Windsor)

Located at the corner of Devonshire and Ontario Streets in Windsor, the Cotswold English cottage-style home sits on a half-acre lot.

The four-bedroom, five-bathroom abode was built in 1928 as “Devonshire Lodge” by George Lawton for notorious rum runner, Harry Low.

It has been on the market since February.

A piece of Chatham-Kent history, dating back to the time before confederation, is back on the market.

The former Chatham Jail and Courthouse was purchased from the province by Warrener Properties for about $1 million in 2018, but it’s for sale again – this time it’s listed at $1.7-million. 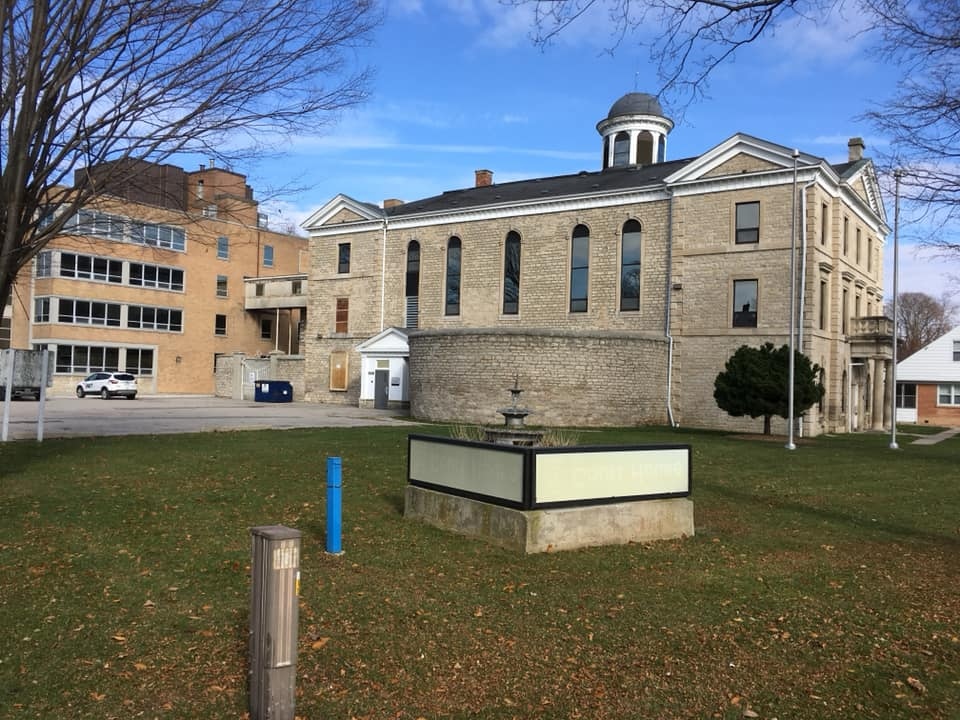 A look inside the old Chatham jail and courthouse in Chatham, Ont., on Wednesday, Nov. 21, 2018. (Chris Campbell / CTV Windsor)

The 169-year-old building officially closed in May 2014 with all operations and inmates transferred to the South West Detention Centre in Windsor.

Carson Warrener of Warrener properties tells CTV News there’s a government tenant in the property right now, but it could be developed as a residential property.

Warrener says the former jailhouse has the potential to be developed into residential or student properties.

“This is a type of property that you come prepared for doing some walking,” Warrener explained. “And you need to know your way around historic buildings to have a full understanding and appreciation of it.”

Warrener says the historic designation on the property is relatively limited, but notes there’s a renewed interest in unique developments. 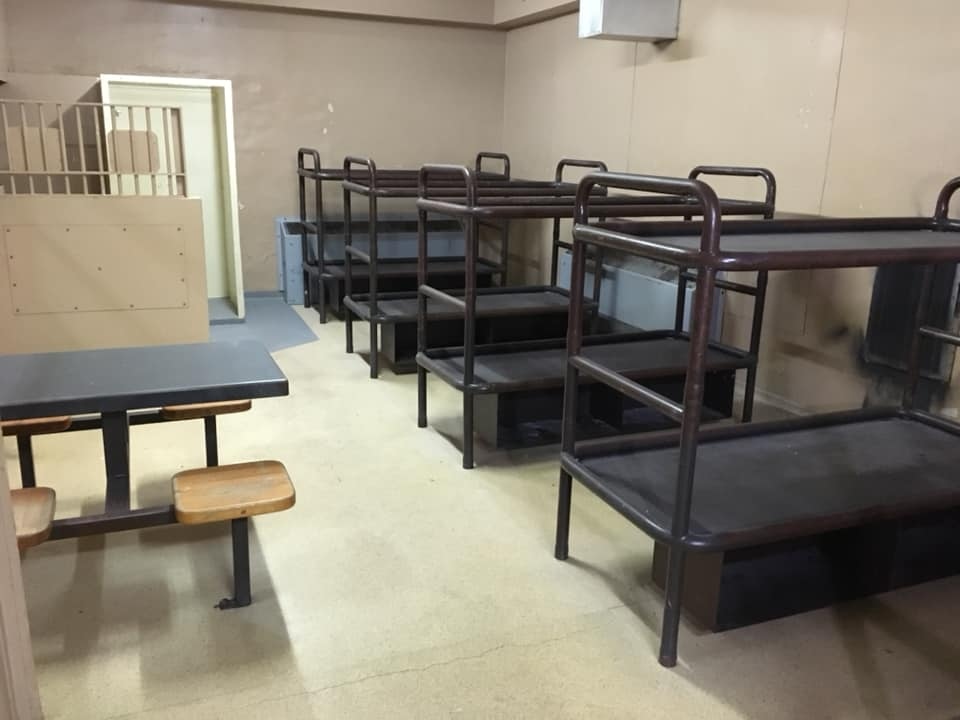 A look inside the old Chatham jail and courthouse in Chatham, Ont., on Wednesday, Nov. 21, 2018. (Chris Campbell / CTV Windsor)

“Within its current zoning of institutional there's a number of economically viable uses and obviously, as people know, Chatham-Kent is open for business,” Warrener continued. “We have a very proactive and progressive administration and council right now and they're open to hearing a multitude of different ideas that will bring life and a renewed sense of community to any neighbourhood.”

Warrener believes as more people migrate from larger urban centres to smaller communities, the desire for unique and redeveloped properties will follow.

“It's never been offered in the entirety of its life in this capacity,” he said. “So these are true legacy properties. If someone comes in and redevelops this, depending on how they plan to use it, it can carry on a family legacy or it can carry on the legacy for the community and there's just nothing comparable.”

Members of a Freedom Convoy-affiliated group remain at an Ottawa church one day after the owner of the historic property moved to evict them over unpaid rent.

Transport Minister Omar Alghabra told the House of Commons transport committee the COVID-19 pandemic and resulting labour shortages are to blame for the significant wait times at Canadian airports, and said the ArriveCAN app is here to stay.

A new report from the U.S. Centers for Disease Control and Prevention says routine cleaning and disinfection may have helped two monkeypox patients limit the amount of contamination in their home.

A 81-year-old Danish woman traveling from Africa to Canada was arrested at Warsaw airport on suspicion of illegal possession of heroin worth over US$515,000, officials in Poland said Friday.