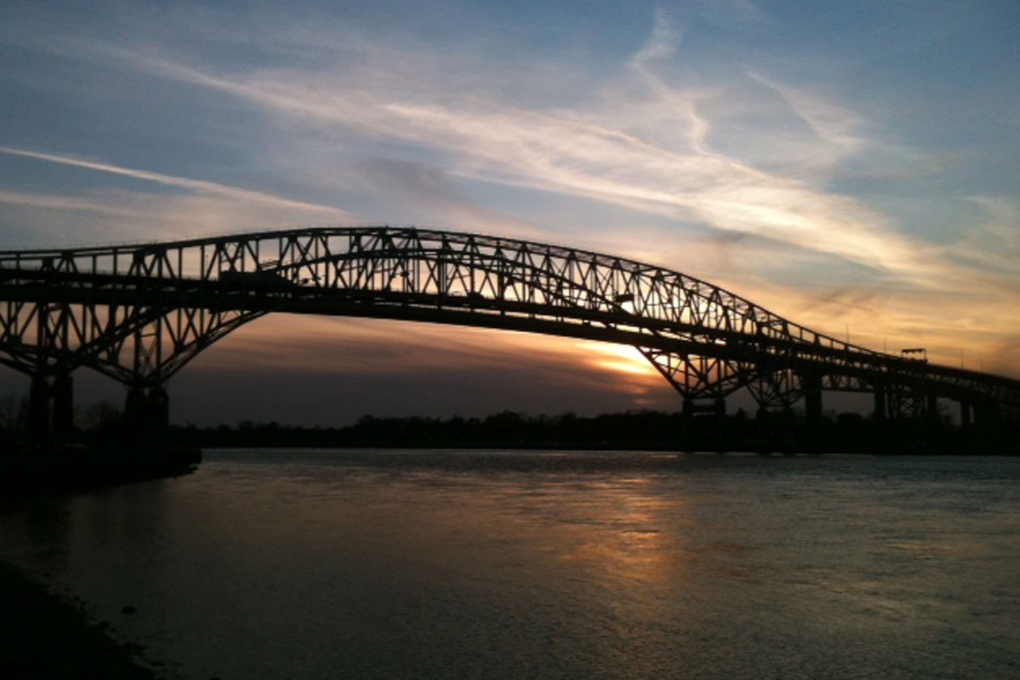 A United States citizen is facing charges after allegedly smuggling four people across the St. Clair River from Canada into the U.S. on a jet ski.

A news release from U.S. Customers and Border Protection (CBP) said air and marine operation agents flying near the Blue Water Bridge in Sarnia, Ont. saw a jet skit with three people leave from Canada and cross the border.

The jet ski landed near Port Huron where two people got off the jet ski and started walking down the road as the jet ski made its way back to Canada.

Border patrol agents monitored the situation and saw the two people get into a vehicle which was then stopped by Marysville Station Border Patrol agents. The driver, a 39-year-old from the U.S. and two passengers, 34 and 35-year-old men from Brazil who both admitted to crossing into the country illegally were taken to the Maryville station for processing.

CBP officials say a short time later, the border patrol marine unit saw a jet ski matching the description of the one used to smuggle in the two men. It was confirmed to be the same jet ski and that it was on the same course as the previous smuggling load.

Agents again saw two people get off the jet ski and walk inland. Border patrol agents made contact with the pair and confirmed they were also Brazilian nationals. The duo, a 44-year-old woman and 47-year-old man, also admitted to crossing the border illegally.

Officials say during processing it was confirmed all non-U.S. citizens did not have legal status to be in the U.S.

“I could not be prouder of the men and women of Detroit Sector,” said Chief patrol agent Robert Danley. “These criminals made their brazen attempt on a busy weekend without regard, or fear of our law-abiding community. While our strong U.S. and Canadian law enforcement partnerships facilitated a quick resolution, it cannot overshadow the role the community can play in our success. We continue to encourage the community to provide tips on suspicious activity.”

Agents say two additional people have been arrested thanks to coordination from the Royal Canadian Mounted Police. The investigation is ongoing.

The driver of the pickup vehicle has been charged with unlawful transportation in the United States District Court for the Eastern District of Michigan. The four Brazilian subjects have also been referred for the prosecution of illegal entry into the U.S.

The head of Ukraine's state-run nuclear energy firm said on Sunday there were signs that Russian forces might be preparing to leave the vast Zaporizhzhia nuclear power plant which they seized in March soon after their invasion.

Protesters angered by strict anti-virus measures called for China's powerful leader to resign, an unprecedented rebuke as authorities in at least eight cities struggled to suppress demonstrations Sunday that represent a rare direct challenge to the ruling Communist Party.

A peer reviewed study assessing over 800 elderly women has found that flavonoids -- a naturally occurring substance found in beverages such as black and green tea -- could lead to notable health benefits.

Edmonton transit drivers are sharing images of what they are seeing on buses and the LRT on a sometimes daily basis in the hopes it will push the city to hire more transit peace officers.

The federal government has unveiled its long-awaited Indo-Pacific Strategy, which details a decade of plans for investment and partnerships in the region, and signals a tougher stance on China going forward.

Federal Health Minister Jean-Yves Duclos says the previously announced one million units of imported kids' pain relievers are starting to arrive on pharmacy shelves, while an additional 500,000 units have been ordered and are expected over the next few weeks.