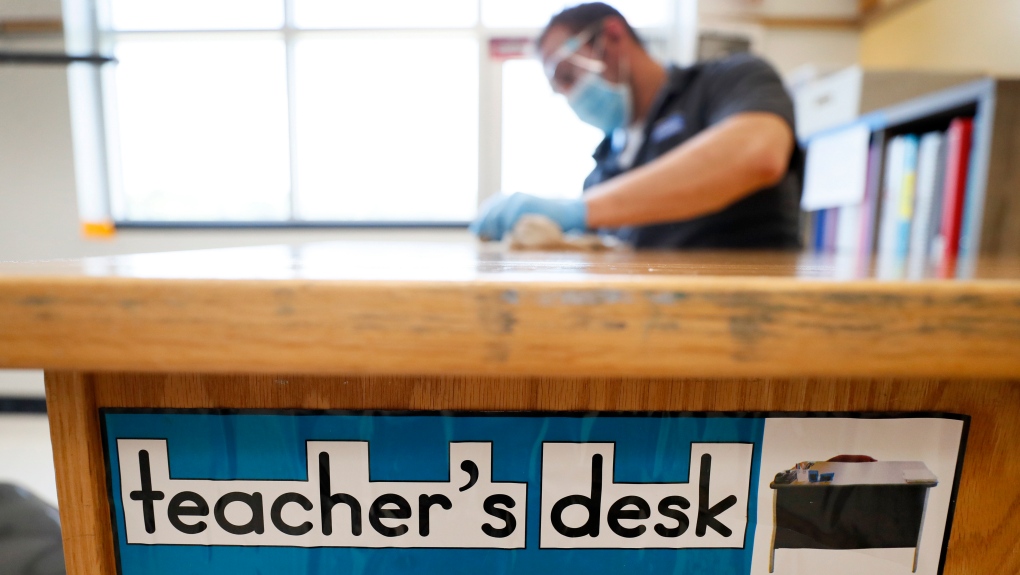 WINDSOR, ONT. -- The local chapter of the Elementary Teachers Federation of Ontario wants masks mandatory for all students at the Greater Essex County District School Board.

“The motion (Tuesday) will be debated about making it mandatory for all students including those in kindergarten to grade three to wear masks while they’re in schools in the public boards here,” says Greater Essex ETFO president Mario Spagnuolo.

Spagnuolo says a trustee at Tuesday’s GECDSB meeting will put forward a motion to start mandatory masking immediately for kindergarten to grade 3 students.

“Trustee Burgess is putting forward a motion to basically reconsider a decision the trustees made earlier, in August,” says Spagnuolo.

Right now students in grade 4 to 12 are required to wear a mask while in school.

“The provincial government plan of masking did not include the primary age children so it’s left to local school boards to make that decision,” says Spagnuolo.

“With the increasing numbers we are hearing from our teachers who are very anxious about COVID in their classrooms, especially in the primary grades where they are not wearing masks,” says Spagnolo. “So the adults in those rooms, in a grade one room for example are wearing masks, but the children are not and we all know we are wearing the mask to protect the other people. So what we will be asking is for children to wear masks to protect their teacher really and I don’t I think that’s too much to ask.”

Spagnuolo says kids wear masks for going to other events, like the grocery store, and they believe it’s something that is very doable.

It’s also mandatory for all students in Windsor-Essex to wear a mask on school buses, so Spagnuolo says it’s the logical next step.

“It doesn’t make sense to now take off your mask to go into a school,” Spagnuolo add “With the class sizes being as large as they are, especially in a kindergarten class where there could be 26 or 27 students it only makes sense to add an extra layer of precaution, an extra layer of safety for the people in those rooms by wearing the masks,” says Spagnuolo.

The GECDSB meeting will take place Tuesday at 7 p.m.