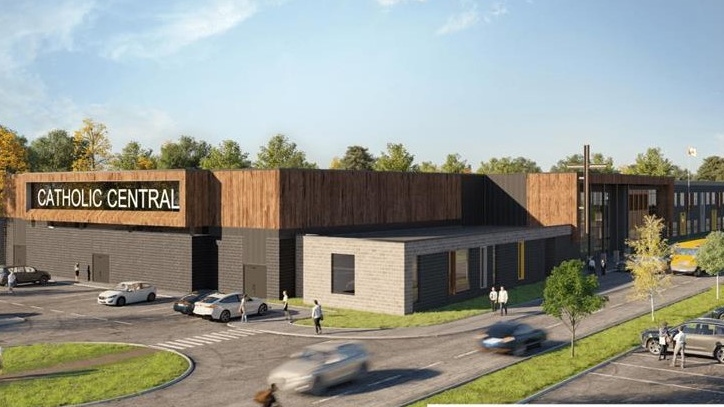 WINDSOR, ONT. -- Architectural drawings of the new Catholic Central High School were presented to trustees of the Windsor Essex Catholic District School Board on Tuesday evening.

Paul Sapounzi of Toronto based +VG Architects presented his vision of the next CCH, which he described as, “sophisticated and enduring.”

Construction of the nearly $27-million building is expected to start soon on the 11-acre piece of property between Ouellette Avenue and McDougall Avenue, south of the Canadian Pacific Rail line.

Trustees chose Oscar Construction to build the school ahead of four other prequalified contractors on Mar 16, 2021.

The company has built three other schools for the Catholic board.

This school will replace the existing CCH on Tecumseh Road East, situated less than a kilometer north of the new site.

The new Catholic Central is scheduled to welcome students from their summer break in 2022.