The family of Karen Kelly spoke with CTV News Friday during the trial of Joseph Mallen, 25, charged with dangerous driving causing death.

Kelly, 69, was rushed to hospital on Feb. 14, 2019, after her vehicle was struck by another sedan at the corner of George Avenue and Reginald Street.

Kelly’s daughter, Tricia Labelle said her mother fought for her life for 12 days before she passed away on Feb. 26.

“She didn’t deserve this,” said Labelle. “My mother was a good person. She wore her heart on her sleeve, she loved her family and she put God first.”

Labelle says her mother was active in her church community and she volunteered at Windsor Regional Hospital.

“It’s been the worst three years of my life,” said Labelle, who wears her mothers’ wedding rings on a necklace every day.

“I hold her rings in my hand and I pray before court starts and it helps,” said Labelle. 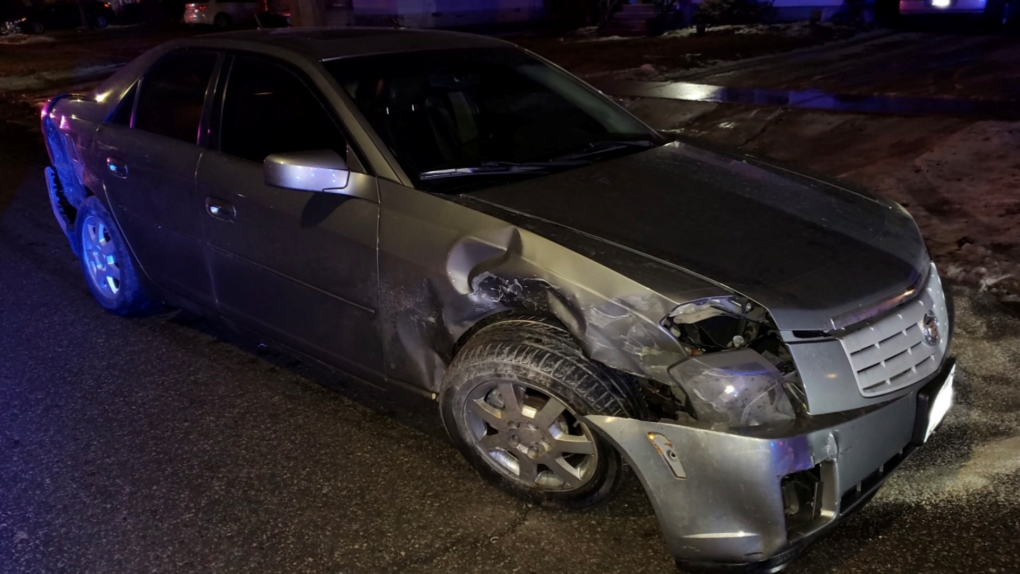 Joseph Mallen’s car was heavily damaged in a two-vehicle collision on Feb. 14, 2019. (Source: Windsor Superior Court)Initially, Windsor police charged another man in connection to the crash, but those charges were dropped before Mallen was arrested and charged.

Assistant Crown Attorney Jonathan Lall told CTV News Friday the obstruction and mischief charges were laid because Lall alleged Mallen mislead Windsor police and “caused them to investigation someone else.”

The court heard Friday from the two other people who were in the vehicle that night.

A decision was made by Mallen, Smith, Stenquist and a fourth person to drive to a nearby LCBO.

The fourth person in the car drove the group to a home on Lincoln Road and exited the vehicle.

Smith and Stenquist both testified that person was taking too long to return, so Mallen got into the drivers seat, and drove the group back to his house.

“He [Mallen] didn’t seem drunk,” Smith testified, telling the court Mallen’s driving was “perfectly fine” until he started to speed up on one of the streets.

“We were driving not as safe as we should have been,” Stenquist testified. “As we were crossing intersections we were going too fast.”

Stenquist recalls Mallen didn’t come to a complete stop when crossing at least one intersection before the collision. 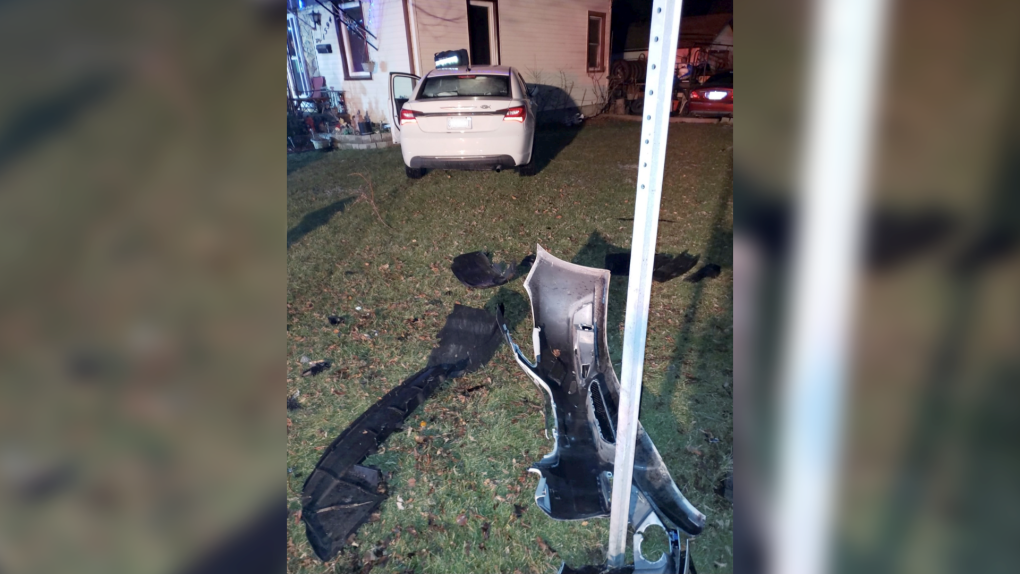 Karen Kelly’s vehicle came to a stop up against a home after being struck on Feb. 14, 2019. (Source: Windsor Superior Court)“Joey’s [Mallen] front end hit her [Kelly] front or side,” Stenquist testified. “Her car accelerated after the collision and went up onto the curb and towards the house.”

“I smashed my face off the dashboard,” Smith testified, after telling the court she was not wearing a seatbelt. Smith told the court she suffered a black eye and was on the right side of her body but declined help from paramedics on scene.

Kelly was rushed to hospital by paramedics, but Stenquist and Mallen were not injured in the collision.

Stenquist testified he reached into the front console and grabbed the open bottle of beer and hid it under the front passenger seat before getting out of the car and running away.

“I went into fight or flight. I just took off,” Stenquist testified.

Smith says she was unconscious for a few minutes after the crash but remembers Mallen coming to make sure she was okay.

Defence lawyer John Sitter suggested to both witnesses that someone other than Mallen was driving the sedan that night.

Sitter asked Stenquist why he ran away from the scene, why he turned his coat inside out after the accident and why he told police initially he got out of the drivers’ side door.

Stenquist admitted on the stand he got confused during his “interrogation” about which door he exited, but maintained he was not driving, does not own a drivers’ licence, nor does he even know how to drive.

“The only thing I’m guilty of is running away,” Stenquist testified saying he was scared of getting in trouble with police.

Stenquist admitted if he had stayed at the scene there wouldn’t have been a “mix up” with police charging the wrong person the first time. Stenquist didn’t go to police until eight days after the accident to give a statement.

Sitter suggested Mallen was too drunk and asked Stenquist to drive instead. Stenquist denies that happening, and repeatedly testified he was not driving the car.

On Smiths’ cross examination, Sitter asked her if she was protecting someone.

“No, sir, I’m not protecting anyone,” Smith testified. “Obviously his [Mallen’s] friends are going to tell his side. I was his friend too. But I’m going to tell the truth.”

The trial continues on June 13.

The man charged Tuesday with seven counts of murder for opening fire at an Independence Day parade in suburban Chicago legally bought five weapons, including two high-powered rifles, despite authorities being called to his home twice in 2019 for threats of violence and suicide, police said.

The Canadian Armed Forces (CAF) has released further details about what will and won’t be allowed under its revised dress code expected to be enforced starting this fall.