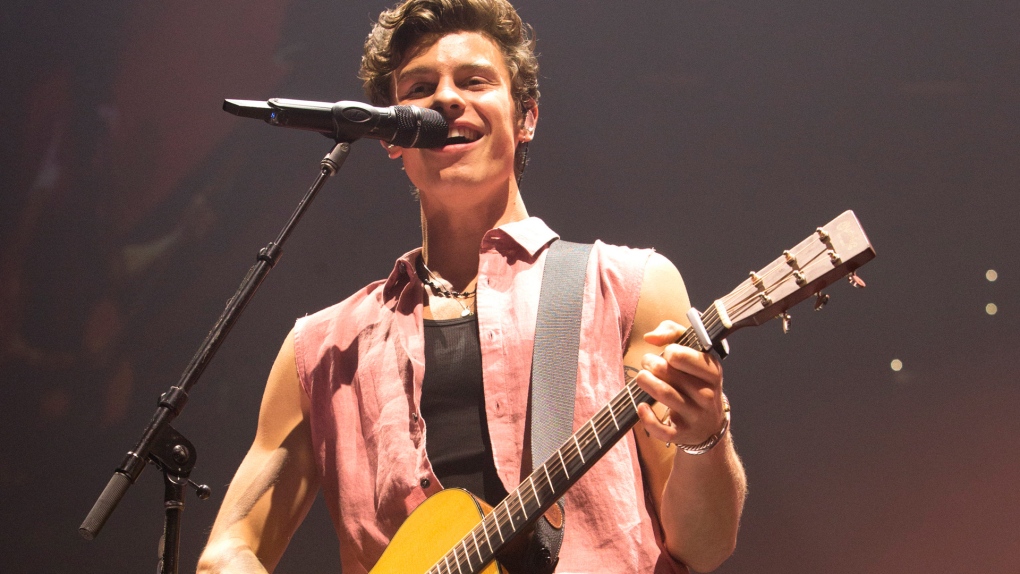 Shawn Mendes performs in concert at The Wells Fargo Center on Wednesday, Aug. 28, 2019, in Philadelphia. (Photo by Owen Sweeney/Invision/AP)

TORONTO -- Shawn Mendes, Jessie Reyez and Drake are among the Canadians who will be competing at the 2020 Grammy Awards.

The Toronto rapper shares a nod with Rick Ross for "Gold Roses" for best rap song. He's also nominated alongside Chris Brown for "No Guidance" in the R&B song category. The track was co-produced by Drake's longtime Toronto-based collaborator Noah Shebib.

Mendes grabbed a nod alongside Camila Cabello for their single "Senorita" for best pop duo or group performance.

Jessie Reyez scored her first Grammy nomination for "Being Human in Public" in the urban contemporary album category.

Alberta's Northern Cree received its ninth career Grammy nomination. Their album "When It's Cold -- Cree Round Dance Songs" is in the running for best regional roots music album.

And while Montreal electronic musician Marie Davidson didn't get a nomination herself, a pumped-up club version of her song "Work It" by Belgian brothers David and Stephen Dewaele, who perform under the name Soulwax, nabbed best remixed recording.

This story by The Canadian Press was first published on Nov. 20, 2019.