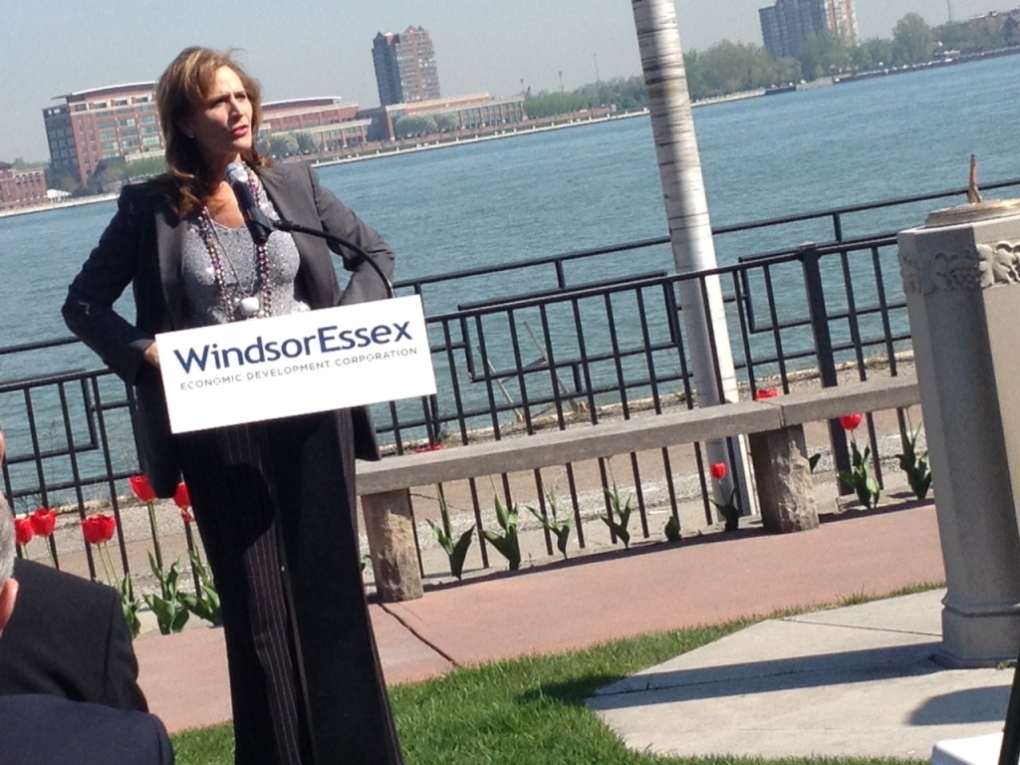 Sandra Pupatello speaks after being announced as the CEO of the Windsor Essex Economic Development Corporation in Windsor, Ont., on May 9, 2013. (Gina Chung / CTV Windsor)

A former Windsor West MPP is heading back to politics, but on a federal level.

Sandra Pupatello, 56, is expected to announce her intention to seek the Liberal nomination in Windsor West during a news conference at 4 p.m. Friday at the Fogolar Furlan Club.

Pupatello was the Liberal MPP in the riding from 1995 until 2011, when she did not seek re-election. She held several cabinet positions, including the Minister of Economic Development and Trade from 2009 - 2011.

She ran for the Ontario Liberal Party leadership in 2013, but lost to Kathleen Wynne.

The information first appeared on a website launching her campaign, but it has since been taken offline.

If Pupatello wins the nomination, she would be up against incumbent New Democrat MP Brian Masse, Henry Lau of the Conservatives, and Darryl Burrell of the People’s Party of Canada.