WINDSOR, ONT. -- NDP MP Brian Masse says the possible sale of waterfront land that will impact Ojibway Shores, threaten the endangered species that use the Ojibway complex and put at risk the ecological integrity of the proposed National Urban Park.

Masse held a news conference about the issue on Wednesday.

“At a time when the City of Windsor is in negotiations with the federal government on initiating the process to establish Ojibway National Urban Park (ONUP), the potential sale of waterfront land connected to Ojibway Shores, where over 100 endangered species live, is a serious danger to the environment,” says Masse.

Masse says any industrial use or development would damage Ojibway Shores.

“This land needs to be acquired by Parks Canada, environmentally tested and remediated if necessary, and be included as part of the ONUP,” Masse says.

The property is located beside Ojibway Shores along the Detroit River and is adjacent to the Gordie Howe International Bridge & Plaza (GHIB).

Masse says it has been used as a dumping ground for construction debris. 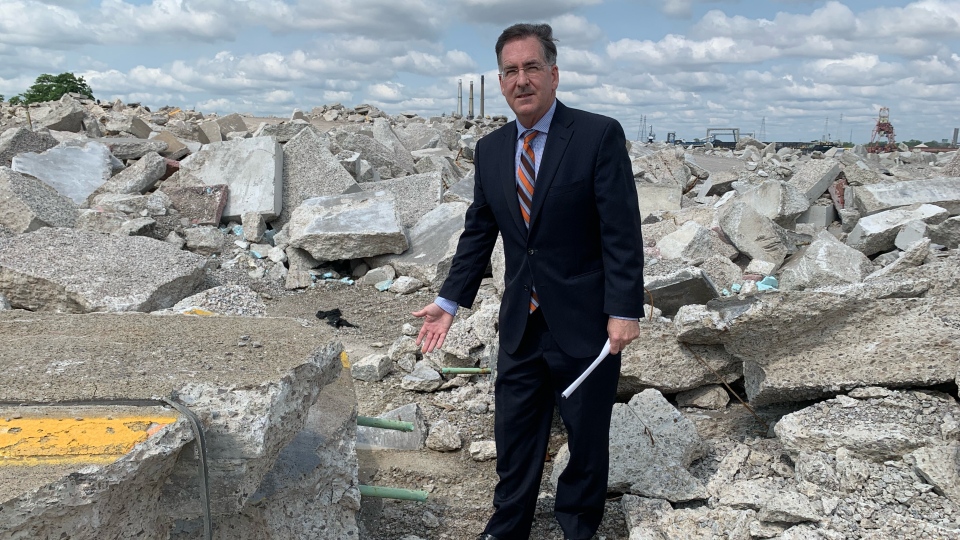 Tom Henderson of the Detroit River Canadian Cleanup applauds the move by by the local New Democrat to bring the land into the public domain.

A listing on realtor.ca says a land auction for the property will take place September 15th.... the starting bid: one dollar.

Multiple sources confirm the land is owned by Francis Kennette. Calls to Kennette and his realtor were not returned yet to CTV Windsor.

It is home to hundreds of endangered species that rely on migration through surrounding local parks for survival. If connected, this area would total approximately 900 acres.

On June 7, 2021, Windsor city council unanimously endorsed Masse’s letter of May 18 to the federal Ministers of Transport, Infrastructure, and the Environment calling for the establishment of ONUP. Since June 28, Parks Canada, representatives from Environment Canada, and the City of Windsor have been meeting to discuss the process of moving forward with the ONUP and signing an agreement.

“The residents of this community, environmental and community organizations, scientists, and local officials have fought for years to establish ONUP. Any threats to its environmental health and its future must be stopped,” adds Masse.