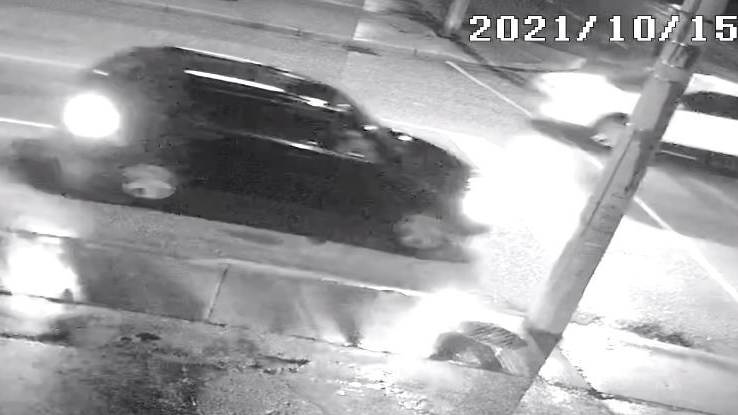 Windsor police are looking to speak to the drivers of two vehicles after a fatal hit and run in the downtown area.

Police say a pedestrian was found on the road in the 700 block of Janette Avenue with life-threatening injuries and pronounced deceased at hospital.

The Windsor Police Service Major Crime Unit have released photos of two vehicles of interest related to this investigation and is asking for the public's assistance in identifying these two vehicles.

Through investigation, investigators believe that the incident occurred on Friday, Oct. 15, between 6:45 a.m. and 7:15 a.m., and the involved vehicle was travelling southbound in the 700 block of Janette Avenue.

Through surveillance footage, the two vehicles were observed driving south bound on Janette Avenue within the time frame of the incident.

“It is likely that there is damage to the involved vehicle as a result of the collision,” say police in a news release.

Vehicle 1 is described as a dark-coloured compact SUV.

Vehicle 2 is described as a dark-coloured SUV, or possibly similar to a Jeep.

Anyone who recognizes either of the vehicles is urged to contact investigators.

Investigators are also asking the drivers of the vehicles to contact police.

Investigators are requesting that residents, business owners or anyone who was in the area to check their security cameras or dash-cams for footage that may assist in this investigation.