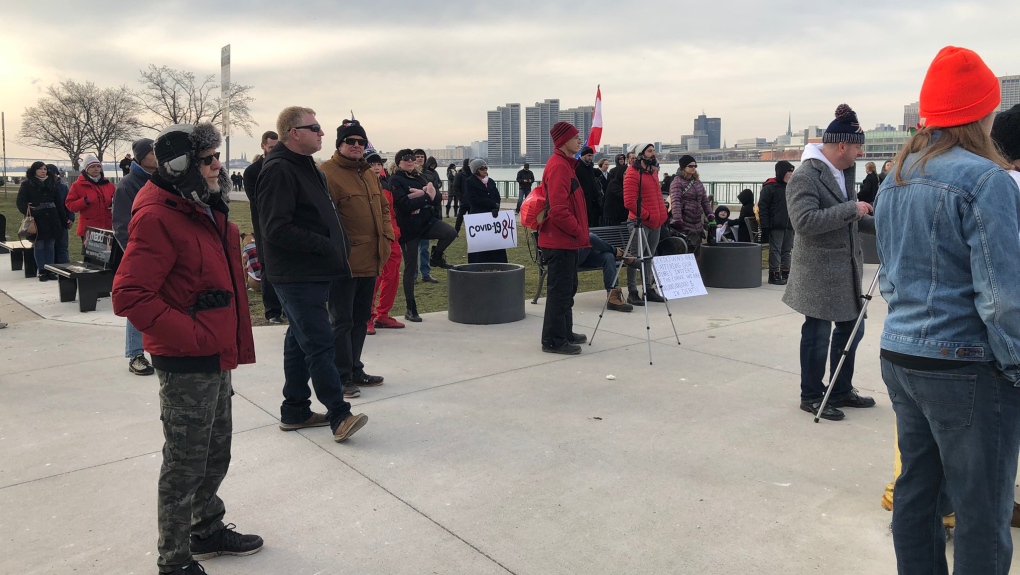 WINDSOR, ONT. -- One of two charges under the Reopening Ontario Act have been dropped for the pastor of the Harvest Bible Church.

Aaron Rock was issued two summons for failing to comply with the Emergency Management and Civil Protection Act.

Rock's lawyer, Sayeh Hassan, said the crown withdrew one of summons, in relation to his attendance of a protest, this morning.

Rock was charged for allegedly attending a protest on COVID-19 restrictions at the foot of Ouellette Avenue on Jan 10.

Police laid the charge from surveillance images taken of him near the gathering.

Rock insisted he was not part of the demonstration but saw another pastor and simply wanted to say hello.

Meanwhile Hassan says her client has a May 17 court-date on an unrelated incident following a service held at his church on Dec 20.