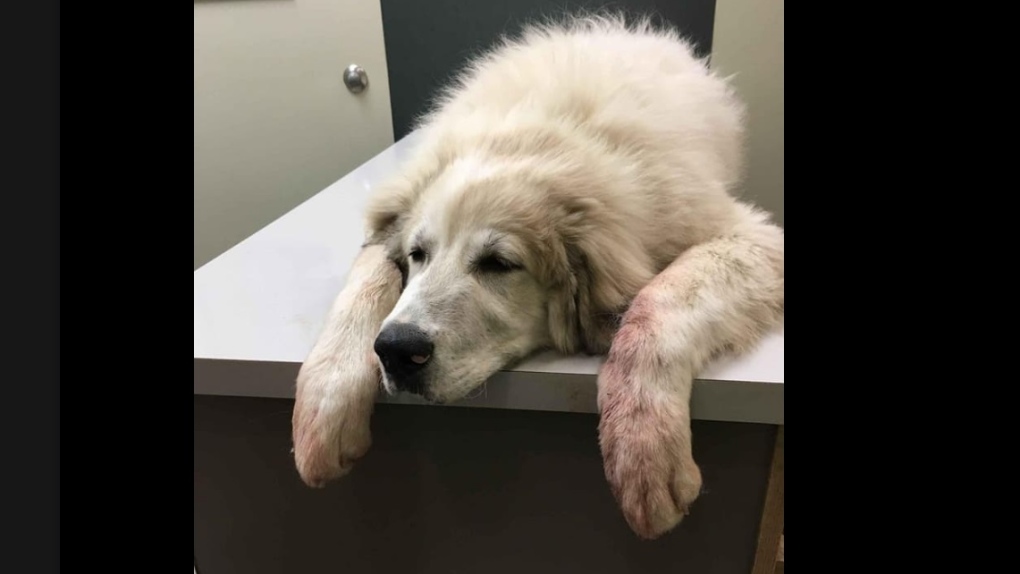 Moose is recovering at home after getting shot. (Courtesy Kristy Dumouchelle-Lalande / Facebook)

Essex County OPP say no charges will be laid against a farmer who shot a neighbour’s dog while protecting his livestock.

Police responded to a call in the 4000 block of Concession 4 in Essex on Sunday at about 9 p.m.

Upon investigation, a neighbour admitted to shooting the dog with a small calibre firearm as the dog was on his property and he was protecting his livestock.

The dog was taken to a local veterinary clinic and treated for non-life threatening injuries.

The initial message on social media by Kristy Dumouchelle-Lalande, the dog owner, expressed shock and disbelief that her pet had been shot.

She said in the post that the dog, Moose, was taken to a vet, who was not able to remove all of the bullet fragments.

The post was shared thousands of times, but has since been taken down.

Police say the investigation is complete and there will be no charges laid in relation to this matter.

The Protection of Livestock and Poultry From Dogs Act states that "any person may kill a dog that is found straying at any time, and not under proper control, upon premises where livestock or poultry are habitually kept.”