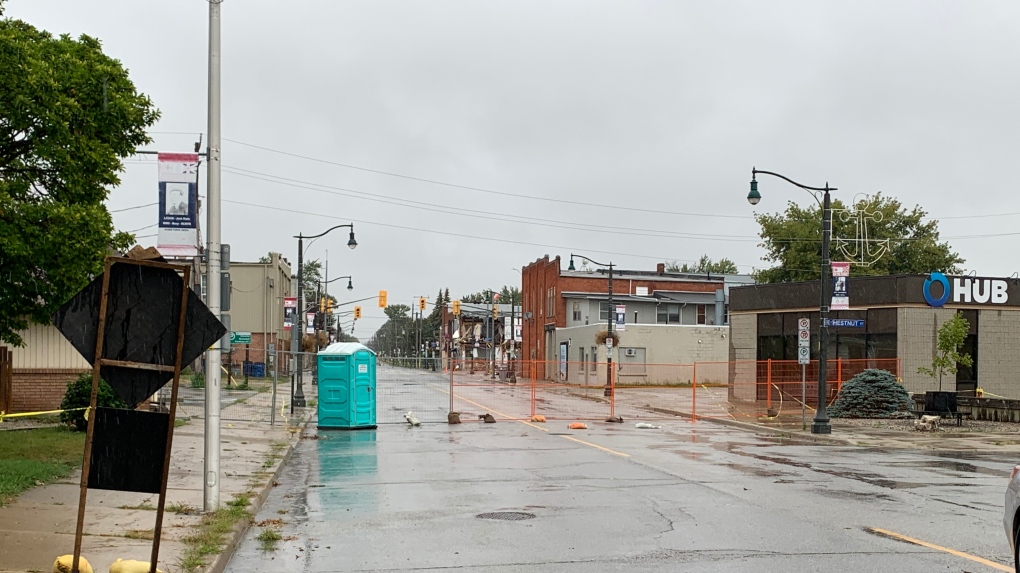 The Municipality of Chatham-Kent says gas has been detected at the scene weeks after a major Wheatley explosion.

At 4 a.m. Friday morning, monitoring equipment at 15 Erie Street North in Wheatley detected the presence of hydrogen sulphide gas. Gas continued to leak from the site until 11:30 a.m. when the flow abruptly dropped, the municipality says.

That site was the scene of an Aug. 26 explosion that damaged several buildings in the community’s downtown area.

“Members of Chatham-Kent Fire Services, the provincial hazmat team, and Golder were at the scene and sent samples of the gas to lab facilities in Windsor for a full analysis,” states a news release from the municipality.

“One of the possible theories is that gas pressure is building up underground to a level where it finds a path to release into the atmosphere. Once the gas releases, it begins to build up pressure over time and releases again,” he says. “We have had incidents 47, 38 and 43 days apart.”

“So we’re definitely seeing a build-up of pressure underground to the point where it’s able to overcome any resistance in the drain lines and then we’re seeing that release. So our goal is to find out where that’s occurring,” he says.

“And then, from there, our plan is would be to move forward next week, only when it’s safe to so though, if we could look at some drilling in strategic spots,” he says.

Thomas says rumours that the use of ground penetration radar and electromagnetic technology to map the subsurface of the area could have caused the gas release are untrue.

“The work undertaken this week was non-invasive,” he says. “There is no possibility it is connected in any way with today’s release.”

Samples taken from the leak source were taken to the University of Windsor for analysis.

“This is the best sample we have been able to obtain so far. We are confident it will provide new evidence to assist with the resolution of the problem,” he says.

The Ontario Fire Marshal’s Office, Golder, provincial Ministry of the Environment Conservation and Parks and Chatham-Kent technical staff were also on scene.

Officials with gas detection equipment are continuing to monitor the perimeter of the evacuation zone. There has been no gas detected around the perimeter.

Currently, the situation does not warrant any change in the evacuation area put in place in August, however, ongoing monitoring is taking place. The public will be notified should the situation change.

Anyone who smells gas is asked to call 911.