After nearly eight weeks in a dispute over the condition of an RV donated by the Make-A-Wish Foundation, a Tecumseh mother and daughter have received a replacement camper.

The replacement was supplied by a company in London, Ont., after officials said they read about the Agostinis family's situation in a CTV News story published earlier this month.

Liz Agostinis now hopes her daughter, who has been undergoing chemotherapy for the last two years while battling cancer and has dreamed of being able to travel, will be able to enjoy the summer she has long wished for.

"[I'm] very relieved that she has somewhere safe to go. I don't have to worry about reoccurring issues for her and her health," she said Friday.

Back in April, Make-A-Wish donated an RV to 11-year-old Amirah and her mother Liz Agostinis. The organization had bought the camper from Tilbury Auto Sales & RV.

Within weeks, Agostinis said she raised concerns to the store after observing issues with the RV.

According to Agostinis, during three weekends in May spent at Leisure Lake where the camper had been parked, Agostinis observed an increasing number of issues with the vehicle.

She alleges water had been entering the RV due to torn canvassing and structural issues, adding the camper was overpowered by a strong odour of cat urine.

At the end of May, the Tilbury store took the camper back. Speaking with CTV News on June 9, their director of operations said Agostinis’ findings either could not be observed or were just natural occurrences of an RV.

But after the work was done, Agostinis told the store she did not want the camper back because she said the store had shown increasingly poor communication as the dispute progressed.

That's when CampMart in London, Ont., got in touch with her.

"From there, we moved forward with the Make-A-Wish Foundation to take care of Amirah. That's what it's all about," said Patrick Taylor, CampMart's vice president of RV sales. 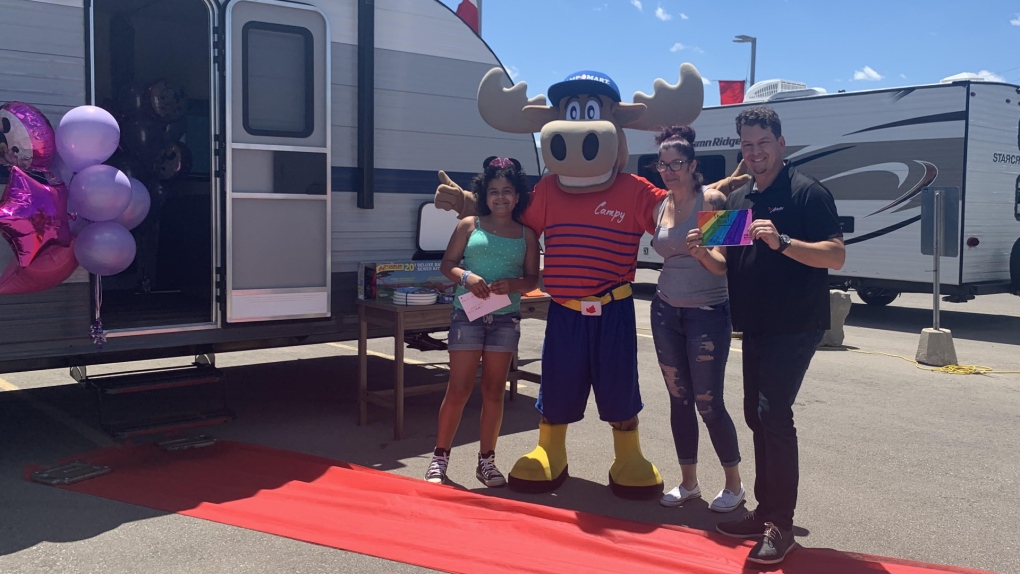 Agostinis said she has been paying rent for a seasonal lot at Leisure Lake in Leamington since her first weekend there on May 9 — the first time she had and her daughter slept in their previous RV.

But the location was decided by the Tecumseh-based family with intention.

"We have to stay pretty close to the hospital. We have to stay within a half-hour drive. That's why we're there," said Agostinis, adding she hopes to make better use of their new RV as her daughter's health improves.

"So next summer, she can go wherever she wants."

In a statement to CTV News, the Make-A-Wish Foundation said the organization "worked together" with CampMart and Tilbury Auto Sales & RV to resolve this situation.

"Our focus is always on the wish child, and today we’ve all come together to do exactly that — fulfill Amirah’s wish," said Stuart Chase, senior communications manager for Make-A-Wish Canada.