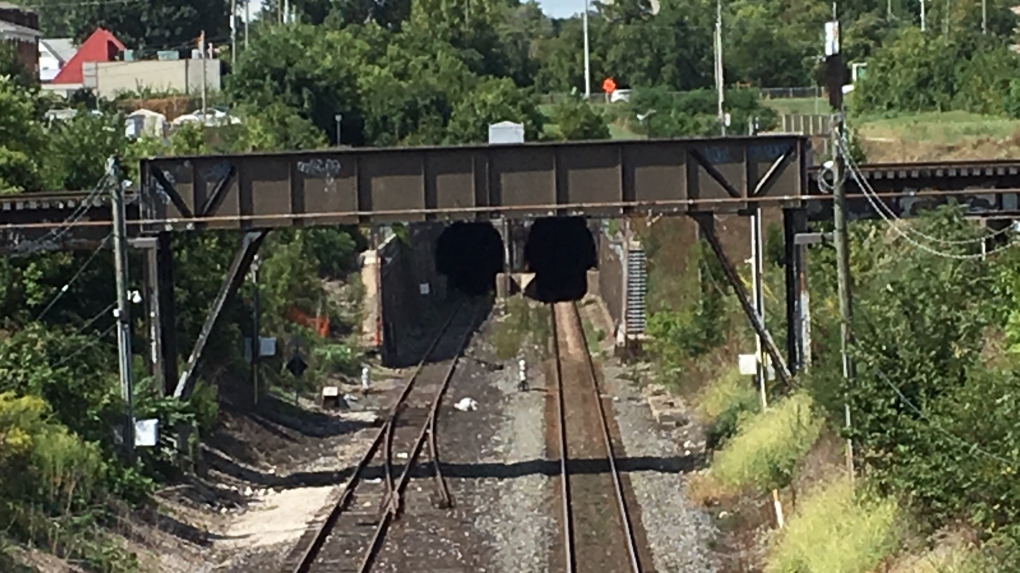 DETROIT -- A Canadian cab driver who made extra money by steering desperate immigrants to a railroad tunnel under the Detroit River was sentenced Monday to 16 months in a U.S. prison.

Juan Garcia-Jimenez, a 53-year-old Canadian citizen who is a native of Guatemala, wept in federal court. Besides a prison sentence, he was fined $8,680 -- the amount paid by six people who were caught last year when they emerged on foot on the Detroit side of the tunnel.

The 2.5-kilometre tunnel is used by cargo trains moving between Ontario and the United States. Assistant U.S. Attorney Susan Fairchild said it's risky: A walkway is only 43.1 centimetres wide and in poor condition.

"They just walked right through the tunnel, which is a very dangerous thing,'' said Kris Grogan, a spokesman for U.S. Customs and Border Protection. "There is zero room. If a train would have come through there they would have been killed.''

Garcia-Jimenez would drop people off at a tunnel entrance in Windsor, Ont., and drive away. Nine people arrested by border officers identified him as the man who helped them leave Canada at different times last year.

"Due to the clandestine nature of this criminal activity, there is no way to be certain how many times he has smuggled aliens into the United States in the past,'' Fairchild said in a court filing. "Countless aliens could have illegally entered the United States with his assistance.''

Garcia-Jimenez was arrested last August while trying to enter Detroit to celebrate his wedding anniversary.