A Windsorite and a Texan are being hailed as heroes, for their actions during two separate apartment fires in the city.

“I just ran up there and just did what I had to do,” says James Johnson, a man who was visiting Windsor from Texas this past summer, when a fire broke out inside Pruefer Court, a five-story building at 291 Lauzon Rd. 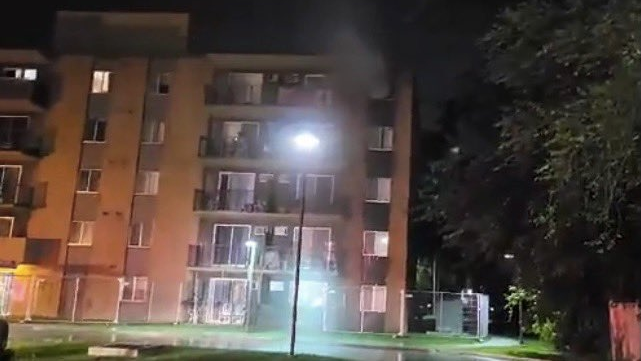 Johnson says he left his friends’ apartment and ran up to the fifth floor unit where the fire was, when he heard a woman’s’ voice so he kicked the door in, and helped the woman leave the building.

“I was covered in smoke so I went to get a rag, throw a rag over my face so I could go back in and get the dude that was in there,” says Johnson. “I grabbed him and brought him. I couldn’t carry him all the way out because it was too smoky.”

Johnson heard the fire trucks arrive, so he ran out and told Captain James Sova where to find the man.

Sova doesn’t see it that way.

Sova says firefighters were able to go directly to the unit where the victim was and bring him to safety, versus searching one floor at a time.

Actions which saved precious minutes, according to Sova.

“The way that James reacted was perfect,” says Sova. “We have an everyday individual that went above and beyond and saved two people.”

After the fire, Sova recommended Johnson to be a recipient of the Citizen Citation Award, handed out by the Windsor Fire and Rescue Service Wednesday.

“We’re in this situation where somebody from the community has had such an impact on our response,” says Chief Stephen LaForet.

A second award was presented to Dave Murdoch, a technician with Riverside Elevators.

Murdoch was called in to help during the Nov. 2019 incident inside Westcourt Place, one of the tallest high-rises in downtown Windsor.

LaForet says it was only when firefighters arrived did they realize the elevator failed because the power was kicked out, after a fire started in the underground parking garage.

Topliffe says they couldn’t access the panel to move the elevator so they called Riverside Elevators, and Murdoch was the technician to arrive.

Topliffe says Murdoch agreed to don their heavy air tank, and walk 22 stories up to the top of Westcourt Place.

“In my years that’s the first time, that I’m aware of, that we’ve taken a civilian into an emergency scene like that,”says Topliffe.

“We got up there. Got into the elevator room. It was completely full of smoke,” explains Topliffe. “He (Murdoch) was able to bring the guy up to the top floor, to be able to get him out of the elevator.” 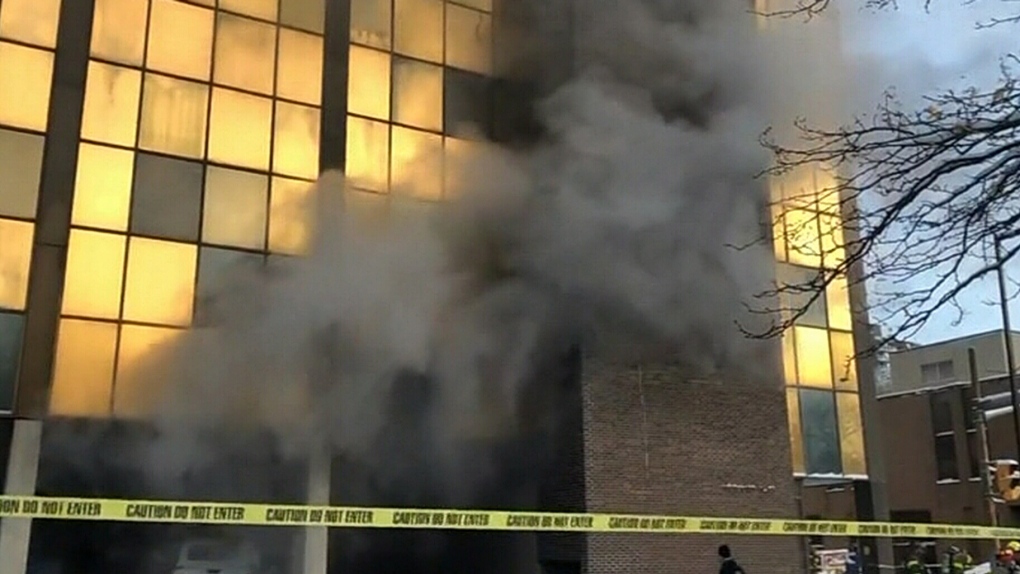 Murdoch then walked 22 stories back down, through the smoke-filled staircase, and left the scene “like it was any regular day” according to Topliffe.

Murdoch attended the small ceremony at Fire Headquarters but declined to speak with the media.

“He’s very humble,” says Topliffe. “He didn’t want to attend today. And thankfully he did.”

“Because of Dave’s actions the outcome that day would have been a lot different,” says LaForet. “It was a totally selfless act.”