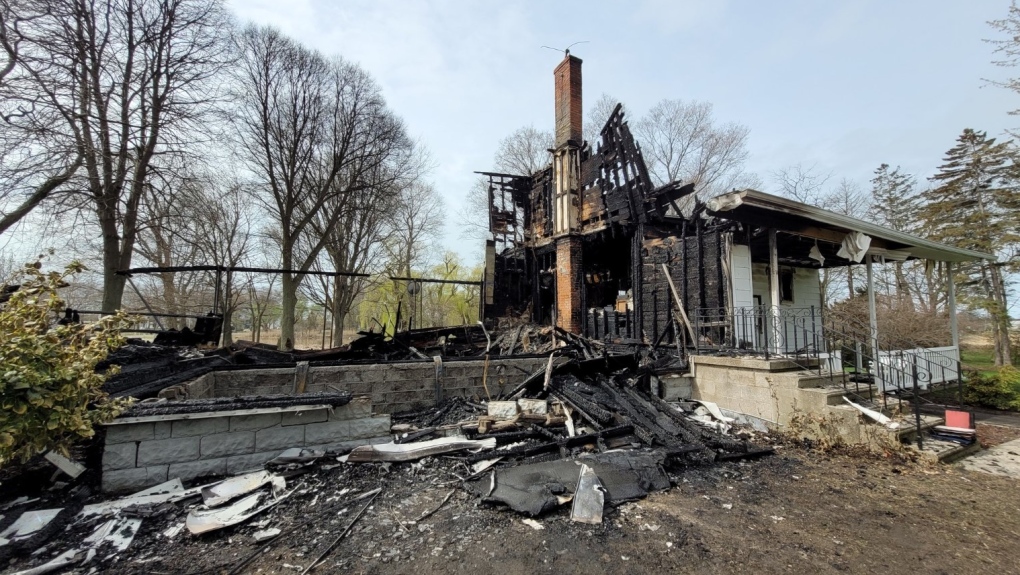 Crews arrived to the blaze in the 800 block of Iler Road at 1:06 a.m. Thursday morning.

The cause of a house fire in Harrow that broke out around 1 a.m. is currently unknown.

Extensive damage as you can see, estimated around $500K, fire officials say.

The fire was extinguished but crews to remain on scene waiting for gas to be shut off.

Essex fire officials say the fire origin is undetermined due to extensive damage.

Firefighters helped put out the house fire in the 800 block of Iler Road in Harrow, Ont., on Thursday, May 5, 2022. (Source: Essex Fire and Rescue Services)

There were no reported injuries, but one person has been displaced.

Update - fire has been extinguished other than damaged gas meter waiting for shut off.crews to remain on scene until gas off. Fire origin is undetermined due to extensive damage, estimated dollar loss of $500,000 https://t.co/V8ZAfznm96

A large chunk of Alpine glacier broke loose Sunday afternoon and roared down a mountainside in Italy, sending ice, snow and rock slamming into hikers on a popular trail on the peak and killing at least six and injuring eight, authorities said.

The remaining businesses on Shelbourne Street in Saanich, B.C., that had been closed after last week's shooting at a Bank of Montreal branch have now reopened, police say.

CTVNews.ca asked Canadians to share their travel horror stories as cancelled flights, delays and lost luggage throw a wrench in Canadians' summer travel plans, due in part to staffing shortages at Canadian airports. Some report sleeping at airports and others say it took days to get to or from a destination.

It's been said no one's success is complete without failure, but a new international exhibit in Calgary is proving that even some of the most talented innovators had some of the worst ideas for consumers.