Windsor police have released video in an animal cruelty investigation involving the death of an 11-month old dog.

On Friday, July 29, the family of 11-month-old Angel the husky contacted the Windsor/Essex Humane Society to report the dog had gone missing that morning.

The humane society called police around 9:30 p.m. to report they had picked up a dog who was found hiding under a tree with extensive injuries, including severe burns, in the 400 block of Caron Avenue.

Police released video of the dog running around in the area.

Angel was taken to Walker Road Animal Hospital where she succumbed to her injuries. 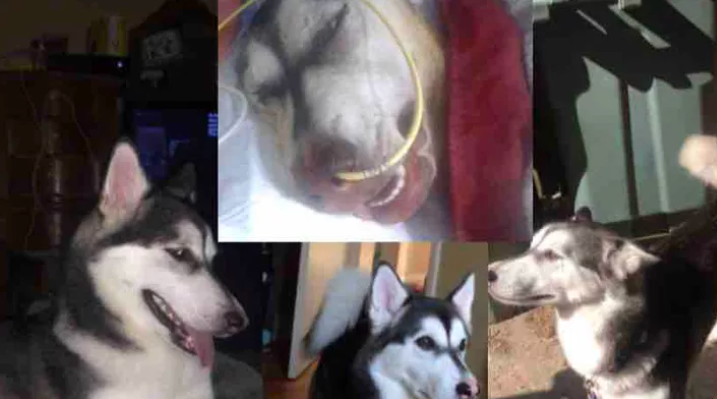 Angel, a one-year-old husky died of her injuries after being severely burned in what the Windsor Police Service believes is an act of animal cruelty. (Source: Arianna DaSilva/GoFundMe)

Officers say the investigation is ongoing and ask for the public’s help with any surveillance or dash cam video that may be evidence in his case.