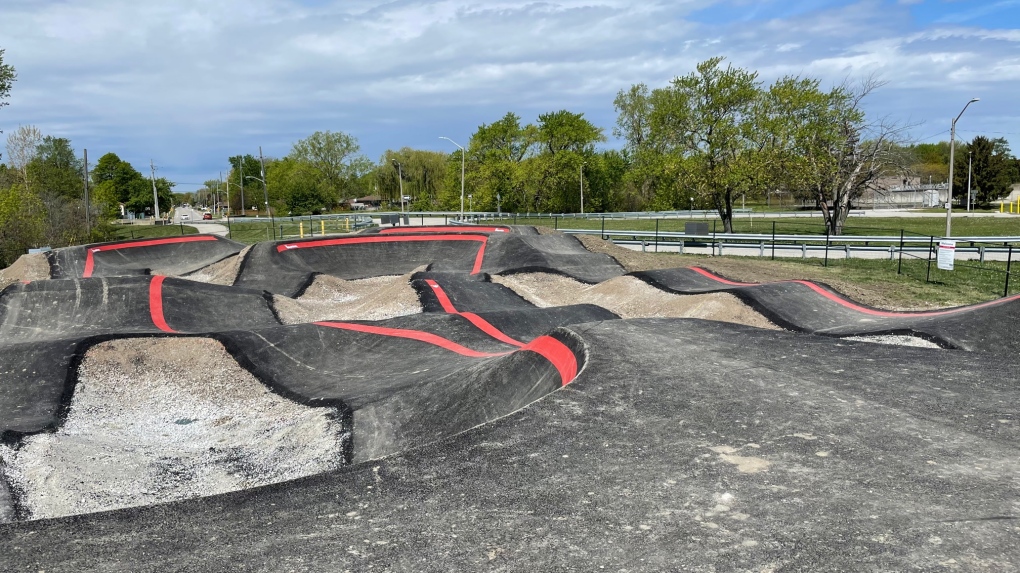 New bike track in the Little River Corridor is expected to open in time for summer in Windsor, Ont. on Monday, May 10, 2021. (Melanie Borrelli/CTV Windsor)
Windsor, Ont. -

The City of Windsor is trying to keep enthusiastic cyclists off a new east end bike track until it’s officially ready to open later this week.

Senior manager of parks James Chacko says they are still in the final phases of construction for the track near the pump station in the Little River Corridor.

Chacko says if all goes well this week, the pump track should be able to open this Friday.

The city doesn’t want anyone to use the track until it opens.

“We have construction fencing and signage in place,” says Chacko. “Park staff and Windsor Police Auxiliary monitor the track as part of their larger daily duties/assignments.”

The track will be the departments first pump track. An unsanctioned track near the Ganatchio Trail was removed by the city this spring.

“It will provide another great park amenity for riders to use and provides a different riding experience then the numerous authorized off-road cycling trails that Parks has installed,” says Chacko.

Memphis authorities released video footage Friday showing Tyre Nichols being beaten by police officers who held the Black motorist down and repeatedly struck him with their fists, boots and batons as he screamed for his mother and pleaded, ''I'm just trying to go home.'