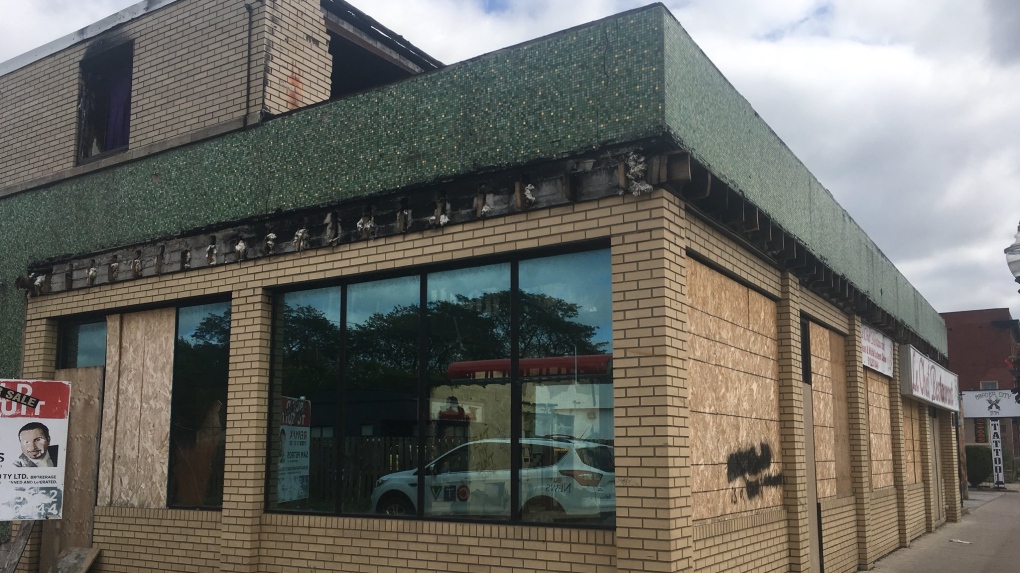 WINDSOR -- There are big plans for the former site of Le Chef restaurant in Windsor.

The new property owner was on site at 840 Wyandotte St. on Tuesday afternoon surveying the area but declined an interview about his plans.

The proposal calls for a 24,000 square foot, four-storey building with commercial use on the main floor and residential units above.

City officials confirm the new owner is finalizing a demolition permit, in hopes of beginning work early next year.

Le Chef restaurant and the adjoining Downtown Auto Service were destroyed in a massive fire in 2016.

Neighbours have complained to the city that the burned out shell of the buildings have been frequented by squatters and drug users.

They are glad to hear the property is being developed.

"Oh it's great, finally," says Andrew Steptoe of Border City Ink. "This thing has been nothing but an eye sore and it's bad for the city right. It's bad for people so it's good. It's supposed to be a big building so that'll be good for housing on top of that."

In a story done by CTV News in August, the property was is littered with garbage including used needles, condoms and pizza boxes.

The city says staff and police will continue to monitor the property until demolition is complete.