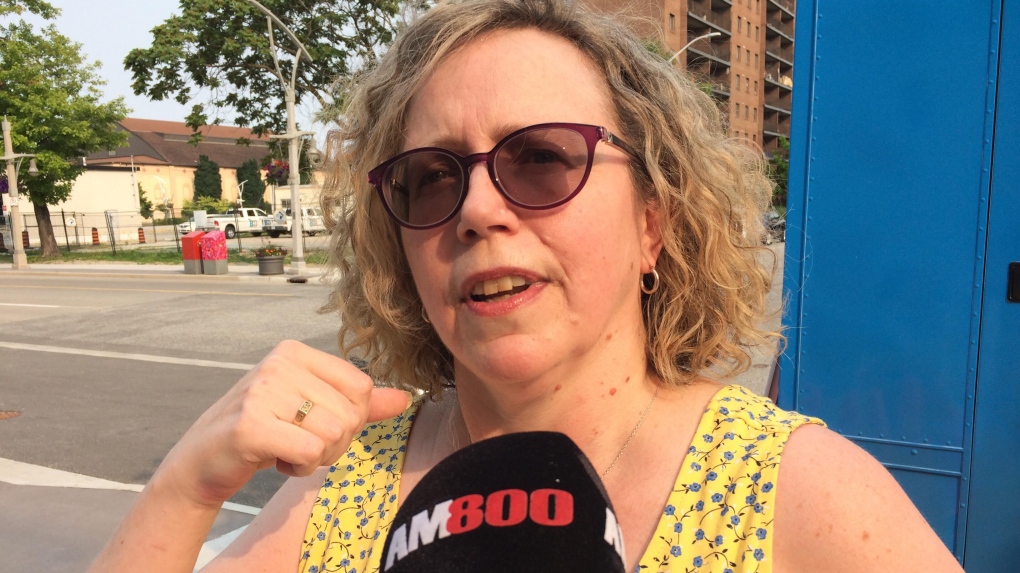 Dee Sweet files a complaint with the integrity commissioner in Windsor, Ont., on Monday, July 9, 2019. (Zander Broeckel / AM800)

A Windsor woman has filed a complaint with the city's integrity commissioner against mayor Drew Dilkens.

Dee Sweet argues the mayor was unfair when he hosted a news conference on May 17 surrounded by supporters of the new acute care hospital project.

"I want the mayor to be a leader, and I want him to talk about the rezoning of the Sandwich south property," says Sweet.

She says the mayor accused the BIA's of contravening the Municipal Act and also accused a few councillors of egging them along in financially supporting the appeal of the city's rezoning decision.

Sweet tells CTV Windsor the hospital location steals all the headlines, but people forget the 400 hectare development around it on County Road 42 at the 9th Concession.

She has reason to believe the hospital won't end up at that location but wants the mayor to be clear about what that means for future development of those lands.

Dilkens says he's not worried about the complaint and remains confident he's done nothing wrong.

"In due course, I would expect the integrity commissioner would reach out, ask me for a comment or to review the material that she's alleging that there's a violation of and have a conversation with me and then make his determination,” says Dilkens. “So I don't shy away from that and I welcome a conversation with the integrity commissioner at any time."

The grassroots group, Citizens for an Accountable Mega-Hospital Planning Process, also known as CAMPP, has launched an appeal of the city's re-zoning of the land needed to allow the hospital to be built on the site.

A date has not been set yet for the full oral hearing before the Local Planning Appeal Tribunal (LPAT).