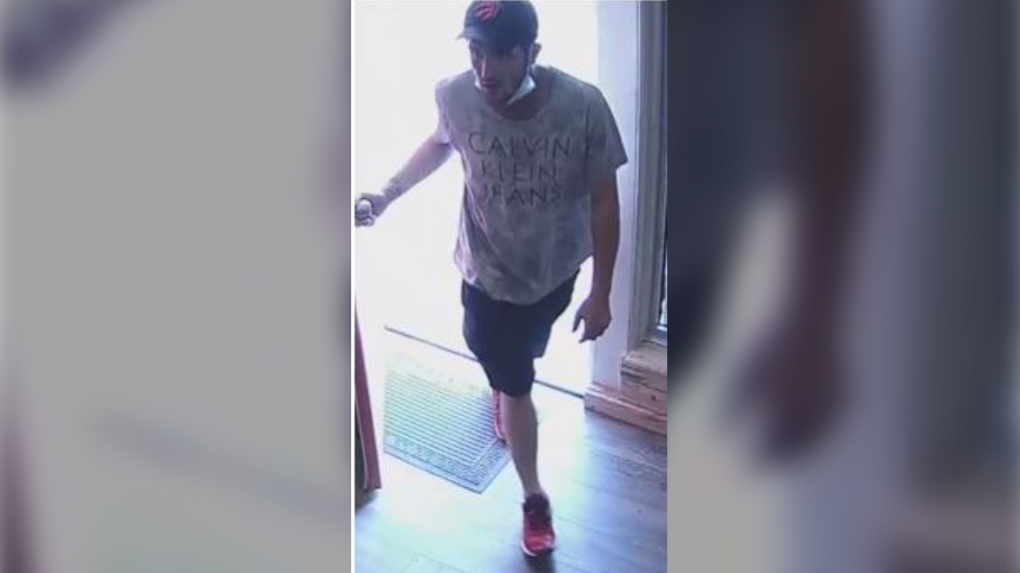 Windsor police are looking for this suspect in relation to a theft that occurred in Windsor, Ont. (courtesy Windsor police)

WINDSOR, ONT. -- Windsor police are looking to identify a man who allegedly stole another man’s wallet and made purchases with his credit card.

On Thursday, July 2 patrol officers responded to a theft report at a business located in the 4700 block of Wyandotte Street East.

Police say an employee of the business noticed his wallet missing. After reviewing surveillance footage, he saw an unknown man enter the store and leave with the wallet around 4 p.m.

Through investigation police learned the suspect went to other businesses after taking the wallet and used the victim’s credit care to make purchases.

Police describe the suspect as a white man in his early 20’s, medium build and height, wearing a black hat with a red Toronto Raptors logo, a t-shirt with the brand name Calvin Klein Jeans written on the front, black shorts and red and black running shoes.

The Financial Crimes Branch of the Windsor police is investigating the incident and is looking for any information that could help to identify the suspect.