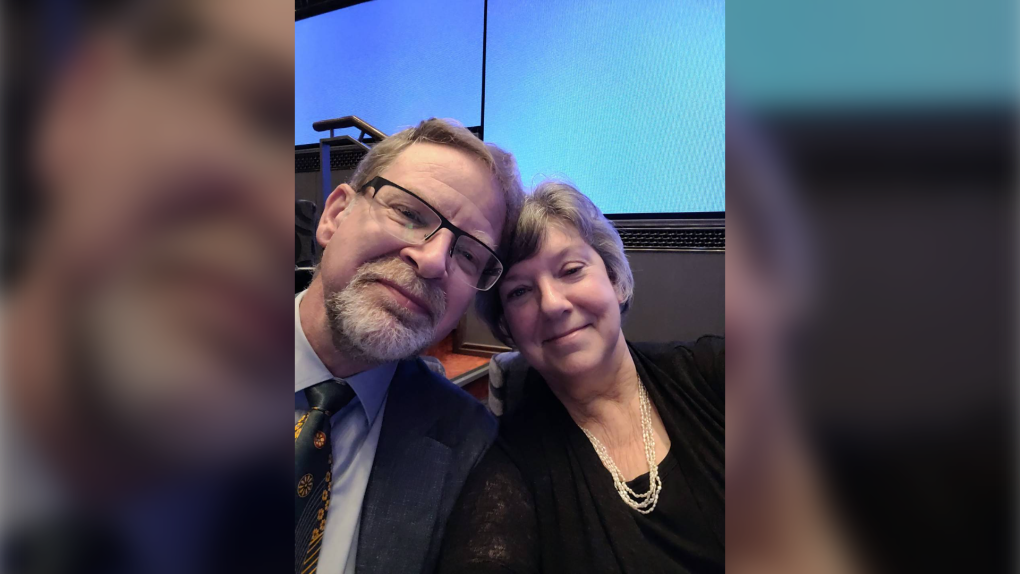 David Garlick with his wife on their cruise before he caught COVID. (Courtesy: David Garlick)

A Windsor man is reminding others some vacations are still a “calculated risk” after his recent Alaskan cruise left him with a 10-day quarantine and a nearly $5,700 hotel bill.

David Garlick and his wife were supposed to take a cruise along the Panama Canal for his 60th birthday more than two years ago.

Then the pandemic struck, cancelling his birthday plans. The cruise line gave the couple credit for their cancelled getaway.

“So we had to use that up before the end of this year,” Garlick said. “So we booked a cruise to Alaska where we’ve been before. We knew it was going to be beautiful and it was a stunning cruise for almost all of it.”

Two days before their trip came to an end, Garlick said he started experiencing shakes and chills, followed by a cough and fever.

He and his wife both tested with rapid tests they brought from home. He came back positive.

Garlick contacted a medical officer on the cruise who sent someone to administer a PCR test which also came back positive.

“I got a phone call from the medical officer who asked me how quickly I could be packed up and then they came and escorted me basically across the ship and down a floor to a very similar room to the one I was in,” he explained. “They didn’t lock me in but I was told not to leave and that’s where I was for the rest of the cruise.”

When the cruise ended everyone got off the ship except for those who had tested positive for COVID-19. He along with about 13 others were shuttled to the Vancouver Airport Sheraton hotel where he spent the next eight days.

This was Garlick’s first time getting the virus.

“My parents are both medically fragile and they live in a retirement home so we’ve been incredibly careful for two and a half years,” he said.

Garlick said he is unsure where he caught COVID, noting the cruise had strict policies.

“It could have been on the airplane on the way there. Everyone getting on the cruise ship has to have tested negative within two days of getting on the ship,” he said. “Everyone on the cruise ship has to be at least double vaxxed, the entire crew is always wearing masks on the ship and every passenger is reminded daily to wear masks when they’re in public. So I don’t really have an idea where I got it.”

Garlick said he spent a total of 10 days in isolation and ended up with a nearly $5,700 hotel bill which he had to pay upfront.

Garlick notes the situation could have been worse, as he was feeling alright and used the time in isolation to work on 14 new short stories.

“It wasn’t a bad experience really. I mean I was a little bit sick at the start of it I had what amounted to a mild case of the flu but as soon as I got over that I was just by myself in a hotel room,” he said.

While the insurance company will pay for a portion of the hotel, and the cruise line the remainder of his quarantine costs, but is reminding others there is still a risk when it comes to travelling.

“If people think that COVID’s over, they’re fooling themselves. It’s not over. And if you are going to go on a cruise you should know there is a chance you’re going to contract COVID. And in Canada that means you’re going to have to isolate for 10 days when you come back into the country,” Garlick said.

“It’s a bit of a calculated risk. COVID doesn’t care that we think it’s over, and it’s not over quite yet.”