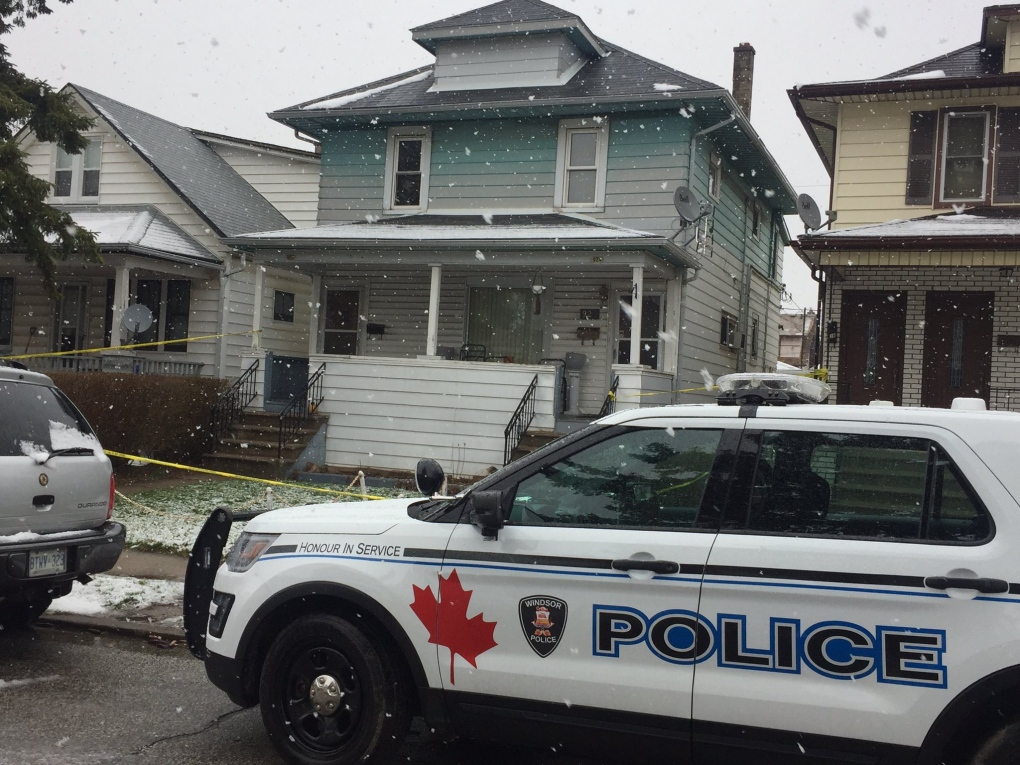 William Green, 58, who plead guilty to manslaughter in the Russian Roulette shooting death of Green’s “best friend” Michael Holmberg, has been sentenced to seven years in prison.

“For my family and I, it wasn't enough,” Holmberg’s brother Thomas Chaplin said in reaction to the court’s decision.

“I think that we are never going to get justice. We lost our only brother, they are all sad because he got jail time. Well we're doing life now without my brother.”

When given the chance to speak prior to learning his sentence, Green addressed the court, "Mikey and I were closer than brothers. Death would have been worse than what I have to live with. I'm sorry for all the pain that I’ve caused Michael’s family."

According to the agreed statement of facts in the case, on March 17, 2017, St. Patrick’s Day, Green and Holmberg were drinking together at a home on Elsmere Avenue in Windsor.

Green admitted he consumed a “considerable” amount of alcohol that day, before continuing to drink when Holmberg arrived at his house.

The two were playing a game of Russian Roulette, taking turns spinning the cylinder of the revolver loaded with a single round of ammunition, and then raising the gun to their heads and pulling the trigger.

Some time that night, Holmberg did not spin the cylinder as was expected, which led to Green saying "gimme that” in reference to the revolver. Green grabbed the firearm and discharged the weapon at Holmberg who died from his injuries a few hours later at the hospital.

Green was initially charged with second-degree murder but Green’s intoxication reduced the murder charge to manslaughter.

“This, to be honest with you, is not a fact pattern I thought I would ever experience in my career," defence lawyer Dan Scott told CTV News. "I don’t think I’ll ever see it again."

In the sentencing hearing Wednesday, Superior Court Justice Bruce Thomas considered the level of intoxication, the friendship between Holmberg and Green, the use of a firearm, and Green’s remorse when deciding the sentence.

During the hearing, the court heard several victim impact statements from Holmberg’s family.

“Mikey was a gifted artist,” said Holmberg’s sister, Susan, in a statement. “There is no closure for murder.”

“I feel angry and sick on the inside every day,” said Chaplin.

The court also heard character statements from several family members and a neighbour of Green.

“The loss of his lifetime friend is devastating. Mikey was very loved by our family. My father will strive to make amends,” says Selena, Green’s daughter.

Green’s neighbour said in her letter that she would often see Holmberg and Green drinking on his front porch and working on cars.

Green was given six months’ credit for the nearly five years he spent on house arrest.

“The law is that credit should be given but during the pandemic when the whole world is under house arrest, it was very interesting to think how he (Judge Thomas) would consider that,” says assistant crown attorney, Nicole Lamphier.

Scott said Green will be eligible for parole after serving one third of his sentence.

“I think there was some comfort in actually knowing that it’s over with,” he said. “You just start the next phase of your life.”

- With files from Angelo Aversa

The cost of nearly everything at the grocery store continued to climb higher to push the annual inflation rate up in April.