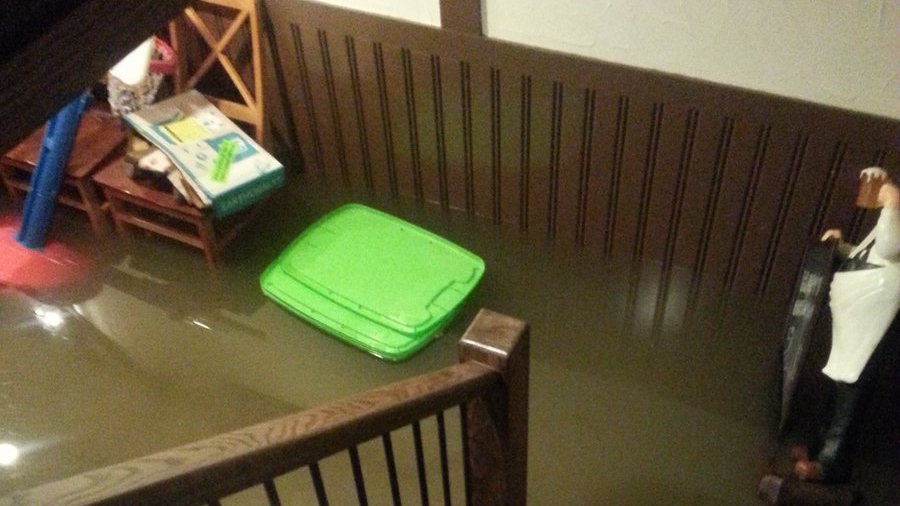 A basement has flooded on Kimberly Drive in Tecumseh, Ont., on Thursday, Sept. 29, 2016. (Courtesy Stephanie Turkington)

The City of Windsor is asking residents to fill out a short online survey to help prevent future basement flooding.

It has been created to learn more about the details and contributing factors surrounding recent basement flooding events, including the Sept. 29, 2016 flood, where nearly 3,000 callers reported incidences of flooding to 311 during the event and the days following.

“We highly encourage all residents to participate, even those with no previous history of basement flooding,” said city engineer Mark Winterton, in a news release. “The information provided will help the City deliver the most effective flood mitigation program and will be used to inform capital program decisions.”

The survey will be available until the end of April. Online responses are preferred, but hard copies can be obtained by contacting 311.