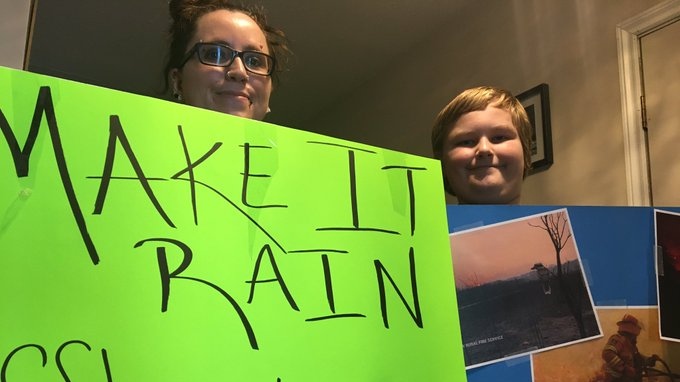 WINDSOR -- The tragic impacts of wildfires across Australia have pushed those in Windsor-Essex to lend a helping hand.

Two separate events are being planned for Sunday, on Australia Day — the country’s national holiday marking the anniversary of the arrival of the first British ships to the land.

In Cottam, a mother and son duo is organizing the “Make It Rain” fundraiser with all proceeds going to the New South Wales Rural Fire Department.

“This isn’t the first time that he’s wanted to do something to make a difference. I know it won’t be the last time; he’s already talking about his next fundraiser and this one’s not even over yet,” says Samantha Anhorn.

Her 11-year-old son, Noah, is an animal lover and hopes to work with the World Wildlife Foundation in Australia one day.

The devastating wildfires in Australia, threatening everything in their path, including the country’s beloved koalas, pushed the young Noah to act.

“Seeing pictures of animals that have been orphaned or hurt in the wildfires, it just kind of brought down my spirits and then I remembered – we have to do something,” says Noah.

Another event in support of the efforts combating the Australian wildfires is to be held in Windsor on Sunday as well.

All proceeds will be donated to Wildlife Victoria and the Australian Red Cross.

Among the event’s partners is Mezzo Ristorante.

Co-owner Philip Rocca says the images from Australia have hit close to home for many in Windsor-Essex.

“I believe a lot of people have visited Australia,” says Rocca. “It always hits home when fire devastates a whole country so, if we can do a little bit to help down here in Windsor, we’re going to do it.”

Tickets for both events are available online.