Windsor Championship being hailed a success 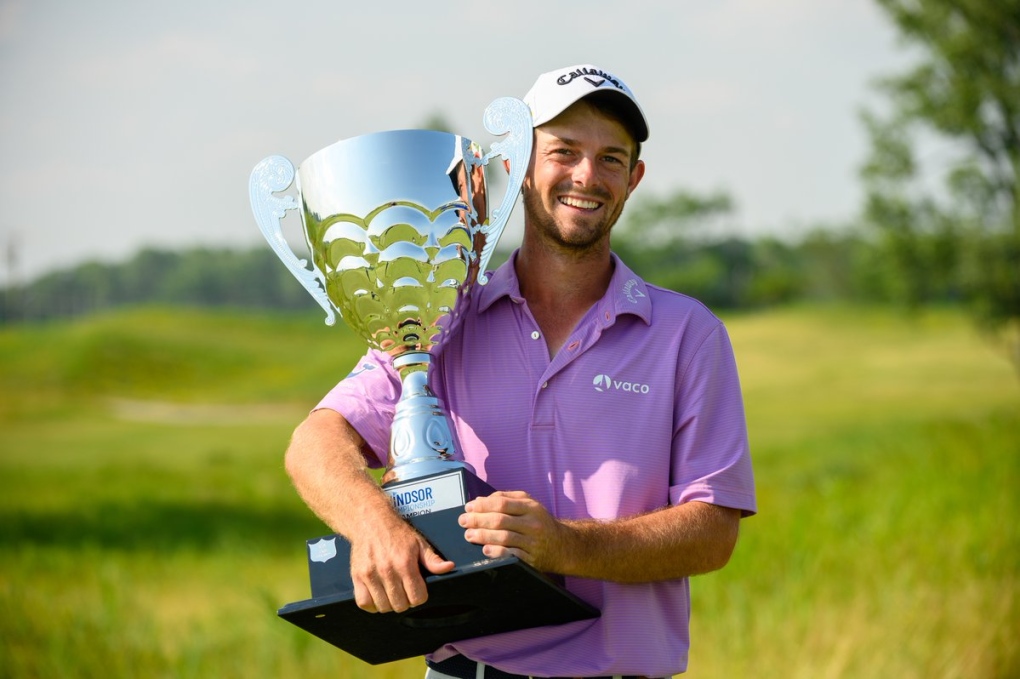 Dawson Armstrong shows off his hardware after winning the Windsor Championship in Windsor, Ont., on Sunday, July 7, 2019. (Mackenzie Tour / Twitter)

The Windsor Championship is done for another year, and the second annual golf tournament is being hailed a success.

Dawson Armstrong is the champion, winning his first Mackenzie Tour title on Sunday, after finishing 20-under for the four-day tournament.

Armstrong, 23, finished one stroke ahead of six other players including Will Register, who was just inches away from forcing a playoff at Ambassador Golf.

“I’ve never seen a leaderboard as jam-packed as that one,” said Armstrong following the victory. “Come about No. 16 today, there were 12 guys within two shots of the lead. It was just jam packed all day and anyone could make a run at any given time.”

“I battled hard and finished strong to end up where I did, it was a little disappointing, but all-in-all it was a good week,” said Wheeldon. “The fans were great this week, it’s a good sports town and we had a good gallery on 18 cheering me and the other guys on.”

The tournament also featured a new course record at Ambassador.

Bryson Nimmer shot a 10-under-61 on Saturday to set a new record at the golf course.

The Windsor Championship also raised more than $100,000 for the Hospice of Windsor and Essex County.