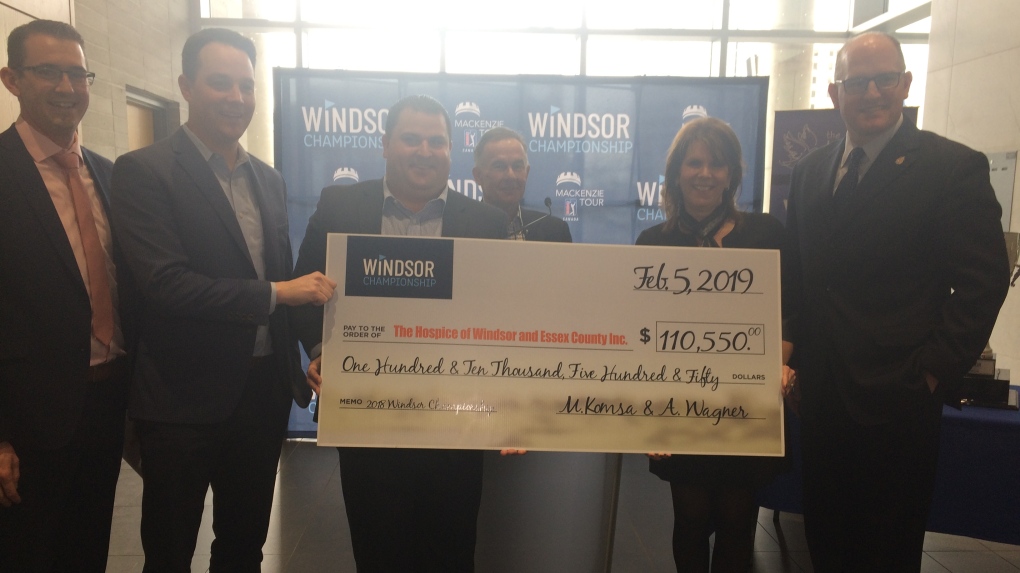 The inaugural Windsor Championship is giving back to the community.

On Tuesday, officials from the PGA MacKenzie Tour presented a cheque for $110,000 to the Hospice of Windsor and Essex County.

The tour organizers also say the golf tournament last summer attracted more than 7,000 spectators and generated between $2.3 million and $2.4 milion for the local economy.

"We never thought we would see these numbers come in when we put this idea together and the PGA Tour Canada reached out to us about us doing this event," says Wagner.

The tournament will return to Ambassador Golf Club July 1-7.